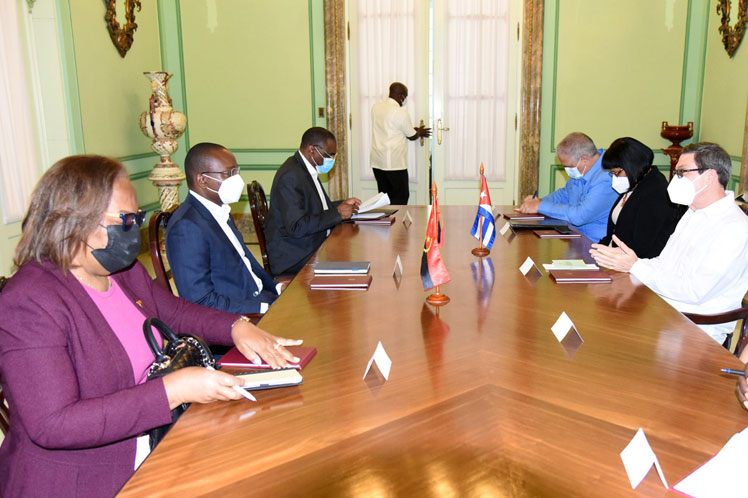 In the meeting, held at the headquarters of the Foreign Ministry, the Vice Minister of Foreign Affairs Anayansi Rodríguez, and Angel Villa, deputy director general of the Bilateral Affairs Directorate of the agency, also participated on the Cuban side.

Both Rodríguez and Correia de Almeida highlighted the deep roots of solidarity that have characterized relations between the two nations and the prospects for increasing them.

The also head of the Civil House of the Presidency of Angola and Co-Chairman of the Cuba-Angola Intergovernmental Commission pointed out that the objective of his visit to the Caribbean nation is to “seek ways to deepen diplomatic, economic and colaboration ties”.

Since his arrival on February 27, the senior official and his entourage have unfolded an intense agenda that included official talks the day before with the country’s president, Miguel Díaz-Canel.

The delegation from the African country also met with Deputy Prime Minister Ricardo Cabrisas, with whom he addressed issues related to economic relations and collaboration. According to him, both nations can strengthen relations in projects and businesses linked to strategic Angolan axes in sectors of the population, education, higher education, human resource development, assistance, social protection, housing, culture and sports.

Cuba and Angola established diplomatic relations on November 15, 1975, which were forged in the struggle against colonialism and the Apartheid policy of South Africa and under the legacy of the historical leaders Agostinho Neto and Fidel Castro.