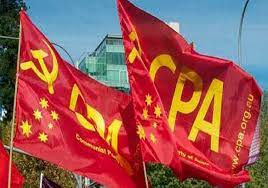 The note refers that since the victory of the revolution, the United States has committed incessant acts of military intervention, subversion and sabotage, as well as an economic blockade against Cuba, under its plans to suffocate by all means the first socialist country in the Western Hemisphere.

This is a violation of human rights of the Cuban people and a main obstacle to the economy of that nation, which seeks responsible development prioritizing social sustainability, the organization pointed out.

The CPA recalled that, before being elected, Biden condemned Trump’s actions to further tighten the blockade; however, upon coming to power he maintained all the changes made by the previous administration against the Caribbean island.

Biden has maintained all of Trump’s measures and launched a communication war against the people of Cuba with the aim of promoting a military intervention.

The US administration is even using the current pandemic as a weapon to create an even bigger crisis, the statement reflects.

The Australian organization highlighted that Cuba became the first country in the world to fully vaccinate its entire population from two years of age with its own vaccines.

We congratulate Cuba for its tremendous campaign against the Covid-19 pandemic and reiterate our position of solidarity with the Cuban people until the criminal US blockade is lifted, declared the Australian party.

The CPA -which celebrated its 101st anniversary in October 2021- held its XIV National Congress from February 25 to 27 with the slogan “Build the Party for a Socialist Future”, a slogan that recognizes the strategic role of the party in taking power and the construction of socialism.