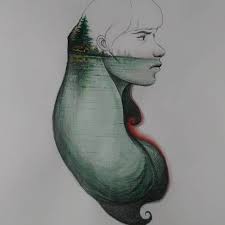 Havana, Mar 2 (Prensa Latina) With the purpose of promoting a violence-free life for women on the screens, the Cuban Institute of Cinematographic Art and Industry (ICAIC) is supporting the production of short films that illustrate that topic.

The audiovisuals Vamos a Jugar (Le’t Play), by Osmanys Sanchez Araño, and Cuando el viento estremece las hojas (When the Wind Shakes the Leaves), by Lisa Maria Velazquez Serrano, winners of the contest organized by the ICAIC to prevent mistreatment of women and girls in Cuba, stand out in this regard.

The decision to support the production of these works was made by a jury composed of filmmakers and activists Lizette Vila and Magda Gonzalez, as well as the Director of the Institute of Philosophy, Georgina Alfonso, producer Yamila Marrero and representatives of ICAIC’s Directorate of Artistic Creation.

According to the Cubacine website, both audiovisual materials deal with stories based on relationships where the different forms of violence are exposed, while the quality and feasibility of the projects were taken into account.

The contest is part of a series of films promoted by the ICAIC, which will be announced gradually, including the contest for equality, non-discrimination and the rights of the LGBTIQ+ community, which preceded this edition.

The winners of this first experience were the documentary Hermanos (Siblings), by Osmanys Sanchez Araño and the fiction short films Una cancion para ti (A Song for You), by Melvin Rocco, and Azul Pandora (Pandora Blue), by Alan Gonzalez, while the filmmakers of Adre, Exuvia, HappyBDay and La cuna (The Cradle) received an advisory workshop on the theme and script.

The ICAIC will also launch other events dedicated to vindicate the policies and practices to promote equality and non-discrimination based on race or gender, as well as highlighting the role of young people in the different moments of the history of Cuba’s struggles.