US and Europe promoted Ukraine crisis and ignored warnings 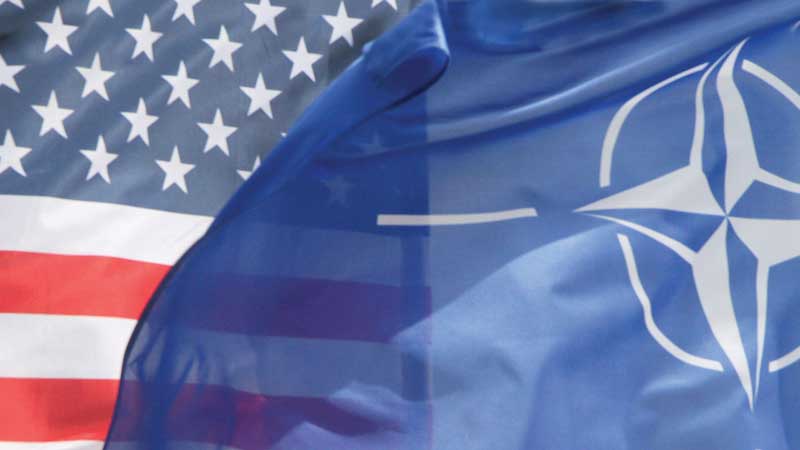 US and Europe promoted Ukraine crisis and ignored warnings

The newspaper published an analysis by its New York correspondent, David Brooks, who explains how political leaders in the United States and Europe ignored the warnings of their own geopolitical strategists that they were provoking an unnecessary war against Russia like the one under way.

The journalist noted that a wide range of experts, from the most renowned Cold War strategists and geopolitical architects to their most prominent critics, warned for years of such a potential war because any NATO expansion around Russia, and in particular Ukraine, since the end of the Cold War, would be intolerable to any Russian leader.

He quoted personalities who warned of this debacle. George Kennan, one of the architects of the Cold War wrote in 1997 in the New York Times, “Expanding NATO would be the most fateful mistake in US policy in the entire post-Cold War era” as it could “inflame” Russia’s nationalist and militarist tendencies and lead to “restoring the Cold War climate.”

Responding to Bill Clinton’s ratification of NATO’s expansion in 1998, Kennan expressed sadly, “I think this is the beginning of a new cold war…I think it’s a tragic mistake. There is no reason for this. Nobody was threatening anybody.”

Henry Kissinger, in an article he wrote in 2014 for the Washington Post, reiterated his opposition to a NATO membership for Ukraine, and warned that too often the issue is presented as a confrontation: whether it should join the East or the West.

However, if Ukraine is to survive and prosper, it should not be the outpost of either against the other, it should function as a bridge between them. “The United States needs to prevent treating Russia as an aberrant entity that has to be taught rules of conduct set by Washington.”

Brooks pointed out that Washington, under Barack Obama, was already meddling in Ukraine’s internal affairs in 2013-2014, when it supported a coup against a pro-Russian government and further contributed to the deterioration of relations with Moscow.

Ted Galen Carpenter, an international relations specialist at the conservative Cato Institute, estimates it was entirely predictable that NATO’s expansion would lead to a tragic, possibly violent, breakdown in relations with Moscow. The warnings were ignored. Now we are paying the price for the short-sightedness and arrogance of US foreign policy.