Cuba and El Salvador exchange on good practices in health 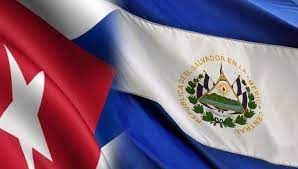 Cuba and El Salvador exchange on good practices in health

According to a statement from the Pan American Health Organization (PAHO), both countries maintain a series of virtual technical exchanges following the interest expressed by Salvadoran health authorities to learn about the island’s experiences.

Last February, the first of these meetings took place, where members of the Regional Program for Sexually Transmitted Infections and HIV managed by PAHO also participated, the agency said.

According to the source, in 2014 Cuba managed to reduce mother-to-child transmission of HIV to less than two percent, while the incidence of pediatric cases of infection by this virus was 0.02 per thousand live births.

Likewise, he noted, the incidence of congenital syphilis was 0.05 per thousand live births.

In this way, he remarked, in 2015 the Antillean country reached the goals set for the certification of the elimination of transmission of HIV and syphilis from mother to child.

Almost seven years after this milestone, the Caribbean country maintains the goals, program objectives and conditions that allowed it to be the first in the world to achieve that goal, the statement said.

The activity was attended by more than twenty specialists linked to said program and related to prenatal care and childbirth services, treatment of HIV infection and syphilis in pregnant women, their babies and sexual partners, surveillance systems, laboratory, mechanisms of quality assurance, among others.

In the above, the communication deepened, it was stressed that the strategy for the prevention and control of STIs and HIV / AIDS stands out for its intersectoral and interdisciplinary nature, as well as for the participation of governmental, non-governmental entities and civil society .

Added to this, he stressed, is the political will and the fact of having a health system with universal access and coverage.