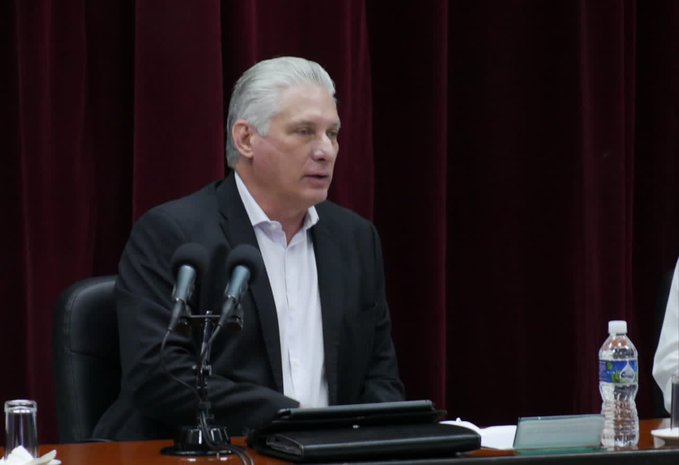 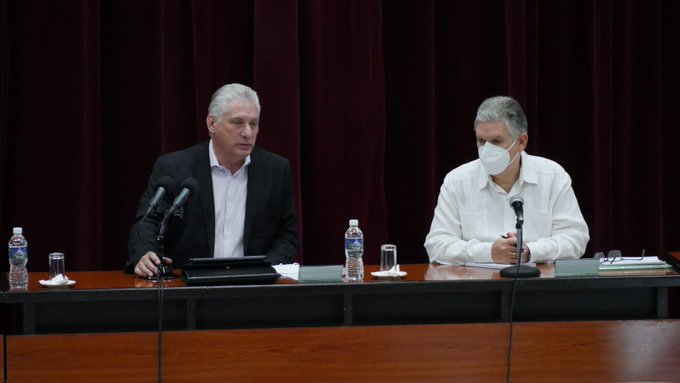 At the meeting in Havana, the president ratified that Cuba’s largest economic stakeholder is the socialist state enterprise, and recalled that one of the main tasks is to maintain dialogue with the productive system. The head of State also insisted on the need to reduce imports and promote development at the local level, according to the Presidency’s Twitter account.

Diaz-Canel commented that the programs, macro programs and projects incorporated knowledge and took into account how the world is doing to develop indicators that allow measuring results.

The head of State defended the establishment of a design for the sector that involves popular participation and control, while calling for support for the last 63 measures approved by the Government to promote agricultural production and eliminate obstacles.

Similarly, he denounced the intensification of the United States economic, commercial and financial against Cuba, which marks the Cuban reality today.

“It is going to be a difficult year and, for this reason, we must defend the control over the Covid-19 pandemic, because it means that we are moving towards the new normality,” the president remarked.

In this context, he stressed that everything must be done from a socialist and Marxist approach, aware of the persistence of the blockade, and urged to apply what he called “creative resistance.”

“What Cuba has done is a feat, in the midst of the pandemic, with its scientists and health personnel: we have been the country that has vaccinated the fastest and one with the largest population immunized with a complete schedule,” Diaz-Canel noted.

Minister Alejandro Gil presented the objectives of the Cuban economy in 2022 and pointed out that the country is in the second stage of execution of the National Development Plan, which will extend to 2026.

He explained that the strategy for the advancement of the nation was reinforced with 258 new measures, to be implemented in a short term, and said that “this year should be one of advancement and shaking of the State company.”

Deputy Prime Minister Ricardo Cabrisas noted that there are companies that do not take advantage of all the possibilities given by the Government to move towards greater autonomy, and asked to deepen the decisions made.