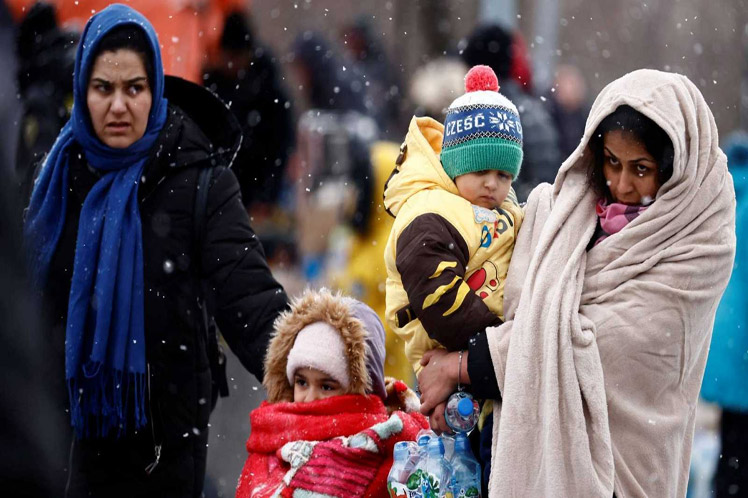 Displaced people with Ukrainian nationality will be able to travel freely within the EU, settle down in any of the EU member states, have access to medical assistance and to seek employment.

In the case of non-national residents who were left out of protection, each EU member state will decide the migratory status granted, the European Commissioner for Home Affairs Ylva Johansson stressed.

The International Organization for Migration (IOM) condemned just three weeks ago the forced returns and violence against undocumented immigrants at EU´s ground and sea borders.

Despite nonstop calls from humanitarian organizations, human rights organizations, and even from EU´s institutions, the responsible migration is nowadays a pending issue for the EU, according to analysts.

However, the EU on Thursday put on the table a proposal to guarantee reception of civilians residing in Ukraine.

A recent statement from the African Union (AU) called for the end to discrimination against foreigners in Ukraine, who are discriminated against during the evacuation by Ukrainian authorities.

However, French Interior Minister Gérald Darmanin, whose country chairs the EU Council through June 2022, called the agreement as “historic”.

In this way, protection will be active for one year, extendable up to a maximum of three years.

Amendments set forth the return must be safe and the migrant will need to receive a status to continue in the EU as an asylum-seeker or international protected person.