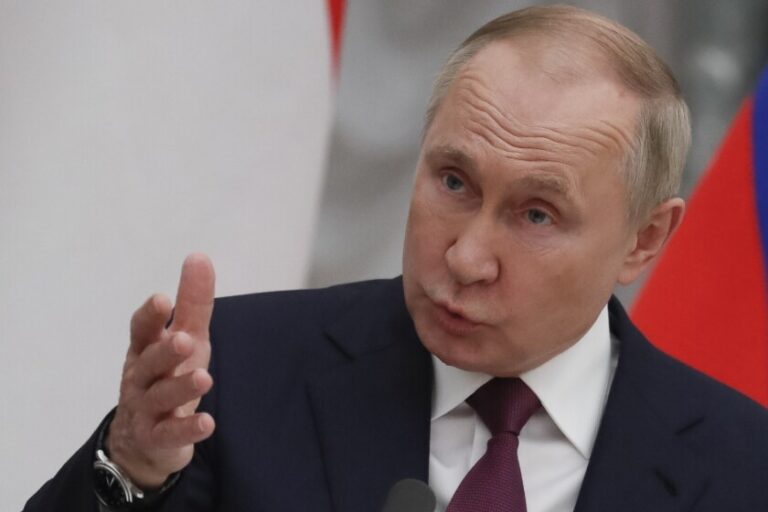 The president denounced that nationalist and neo-Nazi groups with foreign mercenaries, including those from the Middle East, hide behind civilians, using them as human shields.

However, he stressed that Moscow’s special military operation in Ukraine is proceeding according to schedule, and assured that the Russian Army successfully fulfills all assigned tasks.

According to the head of state, the troops of the Eurasian nation created corridors for civilians in all the places of clashes in Ukraine, but the nationalists do not let them out.

“Our military act in full awareness of the rectitude of their cause during the special operation in Ukraine, even after being wounded they remain in the ranks,” he said.

At the meeting, he noted that he is proud to be “part of the powerful, strong and multinational people of Russia.”

He reiterated that the military of his country are fighting “for Russia, for a peaceful life for the citizens of Donbass, for the denazification and demilitarization of Ukraine”, so that no one threatens the country “even with nuclear weapons”.

Also, he emphasized that he will never give up his conviction that Russians and Ukrainians are one people, although, in his opinion, some citizens of the country were bullied.

Putin pointed out that many Ukrainians were misled by the nationalist propaganda of the Nazis and other of their followers.