Russia convinced it is doing the right thing with Ukraine 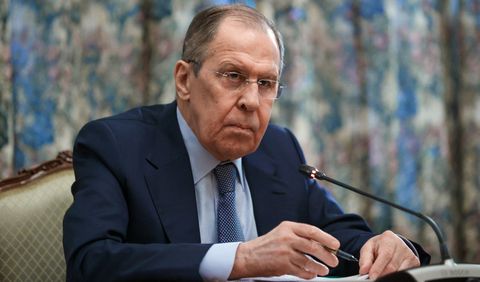 Russia convinced it is doing the right thing with Ukraine

According to Lavrov, Moscow will complete the demilitarization of Ukraine, even if peace agreements are reached, which, as he said, will definitely have to include that clause.

In response to a question, he explained that “demilitarization” implies the total destruction of military facilities that threaten Russia, according to the Kremlin.

The Russian foreign minister indicated that the Kiev negotiating team in the talks with Moscow found some reason to postpone the negotiations and assured that it is receiving instructions from Washington. However, he expressed confidence that a solution to the situation in Ukraine will be found and warned that the minimum conditions for the Russian side are well known and are being analyzed in talks with the Ukrainian side.

President Vladimir Putin stated that the priorities of the military operation include the protection of the population of Donbass, the “demilitarization and denazification” of Ukraine, the recognition of Crimea as Russian territory and guarantees of neutrality on the part of Kiev.

In the exchange with the press, Lavrov emphasized that the Russian military follows strict orders to only use high-precision weapons to eliminate the Ukrainian military infrastructure, and denounced that foreign citizens in Ukraine cannot leave the country. “Talk to the Indians, Arabs, Africans who are now trying to leave Ukraine, they are not allowed to,” he stressed.

He recalled that the day before, in a conversation between Indian Prime Minister Narendra Modi and Russian President Vladimir Putin, the former expressed concern that an Indian student had died in the Ukrainian city of Kharkov.

“There are no Russian troops in Kharkov, but we see a situation where foreigners want to leave, including through Russian territory. We are ready to accept these students,” Lavrov said, advising visiting the Russian Foreign Ministry’s website, which describes in detail “what the neo-Nazi regime in Kiev is now doing.”