Warnings on dangers to biodiversity in Angola 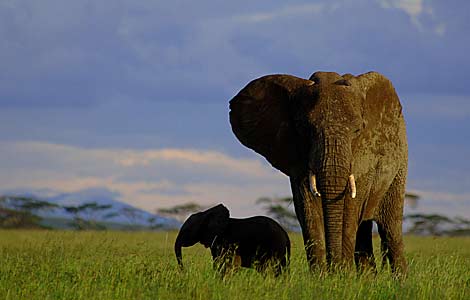 Warnings on dangers to biodiversity in Angola

Other ornithological varieties are at risk of extinction due to pressures resulting from human action, added the director of the National Institute of Biodiversity and Conservation (INBC), Albertina Nzuzi, in an interview with Jornal de Angola.

According to the specialist, the unsustainable or uncontrolled exploitation of natural resources explains the prevailing situation, especially the felling of trees and the indiscriminate killing of animals.

There is a weak recovery of fauna species, and this is seen mainly in large animals such as elephants, hippopotamuses and crocodiles, she said.

The causes of some conflicts, she said, may be associated with high rates of poverty and unemployment among the population, low environmental awareness, the presence of invasive species, and the scarce human, technical and financial resources available to meet the challenges of conservation and inspection.

The more endangered species there are, the greater the risk to the environment, as the quality of vital resources, including water, fertile land and clean air, is reduced, he recalled.

Currently, he reported, the main risks are to large protected species with the highest economic value for their components, such as the elephant, the gray parrot and the chimpanzee.

The indiscriminate killing of wild animals occurs every day; the slaughtered specimens can be found in markets or on public roads, where their fresh, dried or smoked meat is sold, she pointed out.

The numbers are unknown, she responded, but “we can say that the situation is worrisome”.

With the growth of the population and the development of industrial technological diffusion, environmental problems are becoming more and more evident and this is compounded by long-standing problems such as the burning of forests for subsistence agriculture, she said.