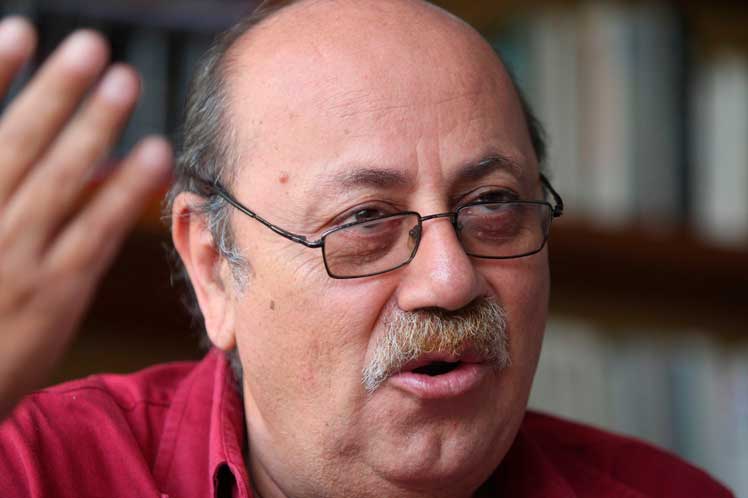 In statements to Prensa Latina, he said that the pro-Western media described the UN General Assembly voting in favor of Ukraine’s extreme right-wing Government as “overwhelming” and the right-wing Spanish newspaper El País called it “crushing”.

He pointed out that 184 countries voted against this policy, which, he said, is more than 60 years old and is in fact “a low-intensity war” against a people, only two countries opposed, the United States and Israel, two invading states, and three abstained, including Ukraine, which, paradoxically, is asking for international support this time.

However, he added, in the case of Cuba, the pro-Western press did not recognize the overwhelming nature of the vote. “The reaction was rather silence or the publication of only a brief and dismissive news item,” he pointed out.

According to Adrianzen, the above-mentioned contrast confirms that “the media are part of this war; that is to say, that they are parts of one of the armies in this battle.”

“That is why we should not be surprised that enlightened Europe, the United States, leader of the ‘free world’, and the owners of the so-called ‘social networks’, have removed Russia Today (RT) and other Russian news agencies from their screens,” he affirmed.

He described such a measure as authoritarian and a violation of the freedom of the press and information and evidence that, for its authors, “there is only one ‘truth’: their own”.

“A ‘regime of exception’ has thus been created which, like wars, only serves to pave the way to fascism; that new ‘free world’ that began in the war in the former Yugoslavia in 1999 and that Clinton, Bush, Obama, Trump and now Biden have dreamed of”, he added.