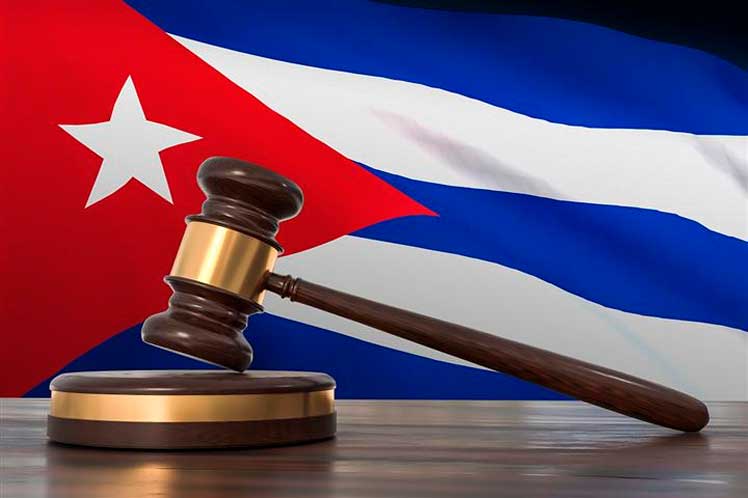 Last February, the People’s Supreme Court submitted to the National People’s Power Assembly the draft of this law and its regulations, which will be submitted to the debates of lawmakers in April, during the sessions of the Cuban legislature.

The draft bill will replace the law in force in Cuba since 1987, which in spite of successive amendments, needs to be adjusted to the economic and social transformations in the country.

The new Penal Code, published on government websites to receive feedback from the population, introduces mechanisms to deal with crimes related to the environment, corruption and cybersecurity, which previously were not sufficiently typified.

The most significant progress includes issues related to discrimination and gender violence, such as the inclusion of the concept of sexual harassment and its consequent criminalization and punishment.

The proposed law not only addresses with more intensity the manifestations of gender and family violence, but also introduces them as aggravating circumstances in other types of acts.

The draft Penal Code also prioritizes the treatment of minors under 16 years of age involved in criminal proceedings, who will only be held liable if the acts perpetrated contain a high degree of social harm.

Besides, those who use children to commit crimes will face aggravated sanctions.

In addition to the legal offenses and clarifications, the draft law introduces new elements with the purpose of socially inserting offenders, training them in a profession or trade and instilling in their respect for legal order.

In this regard, the rights and guarantees of persons defined in the current Constitution are expanded, certain crimes are decriminalized and sanctions that do not imply imprisonment are incorporated, with the purpose of reinforcing their educational nature.

With this goal, access to alternatives to prison, such as community service work and home confinement, among others, is expanded.

This way, the proposed penal reform is consistent with the provisions of more than twenty international treaties and conventions signed by Cuba.

The development of the draft Criminal Code in Cuba and its regulations is included in the actions undertaken by the Cuban Government to strengthen the institutional framework under the Constitution in force since 2019.

During the past year, despite the restrictions imposed by the Covid-19 pandemic, the Parliament approved the laws on the Courts of Justice, Administrative Process, Criminal Process, Procedural Code, Military Courts and Military Criminal Process.

According to the legislative schedule approved in December 2021, the intense legislative agenda in the area of law will continue this year with the Penal Code, its regulations and a norm that for the first time will be developed in Cuba, the Protection of Constitutional Rights.