Lula to sue accusers in Brazil 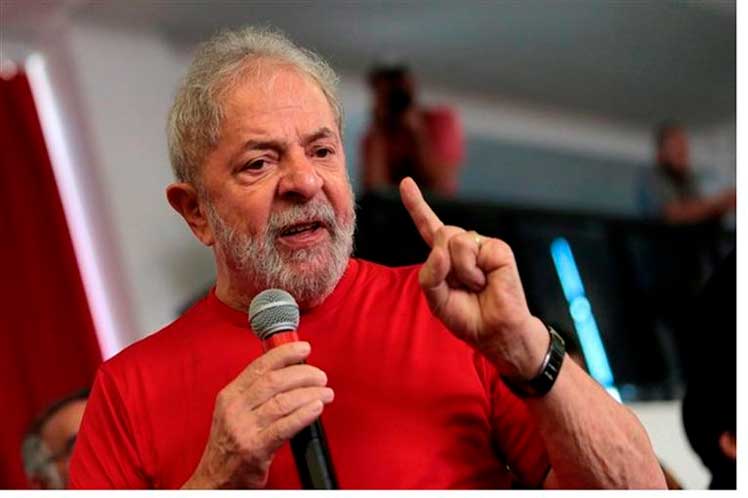 Lula to sue accusers in Brazil

The portal Brasil 247 assures that the founder of the Workers’ Party (PT) and his defenders will be next time in the role of plaintiffs, since Lula has four complaints against his opponents.

The Superior Court of Justice is expected to judge next week the case in which Lula is asking for a compensation of one million reais (about US$ 195 thousand) for moral damages against former prosecutor Deltan Dallagnol, former coordinator of the dismantled judicial operation Lava Jato.

Dallagnol is accused of abuse of power when he imputed to Lula, without evidence, criminal practices in a well-known PowerPoint interview in 2016.

Minister Ricardo Lewandowski, of the Supreme Federal Court (STF), suspended on March 2 the last criminal action against the former governor within the framework of Lava Jato.

The case deals with alleged influence peddling in the purchase of Swedish-made Gripen fighter jets for the Air Force.

The request for suspension was made by Lula’s defense, which criticized the actions of Lava Jato against the former labor leader.

He warned that there was a plan to use the right to attack the PT leader and his defense.

The former president’s lawyers used, in the appeal, leaked messages from Dallagnol, in which he “tries to build a denunciation”.

Other messages validate the defense’s position that, at the time, groups were being organized to falsely attack the former head of state.

Lula was convicted in two Lava Jato cases that have now been annulled, such as the triplex apartment in Guarujá, on the coast of São Paulo; and the Atibaia site, in the interior of that state.

He also became a defendant in a trial investigating a possible money laundering scheme in donations to the Lula Institute.

This trial was also momentarily suspended by the Federal Regional Court of Region IV in December 2020.

After recovering his political rights, Lula leads all opinion polls for the upcoming October elections, in which President Jair Bolsonaro is expected to be reelected and former judge Sérgio Moro is expected to come to power.

During 2021, the former union leader was able to regain his eligibility and also recorded an impressive 22 victories in the STF.