Putin approves law against false news about the Armed Forces 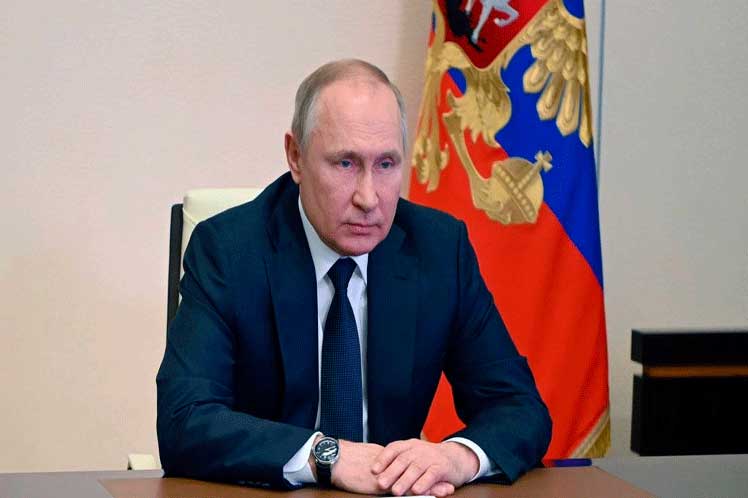 Putin approves law against false news about the Armed Forces

As published by the official portal of legal information of the Government, the Criminal Code now includes article 207.3, “Public dissemination of deliberately false information about the functions of the Russian Armed Forces.”

The State Duma (Lower House) and the Federation Council (Senate) of Russia unanimously voted on the text that establishes a prison sentence of up to three years or a fine of up to 1.5 million roubles (14 thousand 340 dollars).

Likewise, spreading false information using the official position or for profit will be punished with a sentence of five to 10 years in prison or a fine of up to five million roubles (44 thousand 700 dollars).

According to the legislation, if the false information entails serious consequences, the penalty can be between 10 and up to 15 years in prison.

This Friday, the State Duma also adopted a bill that introduces administrative responsibility for discrediting the Armed Forces, reported the legislative’s official website.

In the session, the president of the Lower House, Viacheslav Volodin, stated that the adopted laws are necessary so that “citizens receive objective information, to protect citizens and the country from the lies that are spread, mainly through information sources that are under influence from abroad”.

He assured that the two bills will be sent immediately to the Federation Council (Senate), which will also meet this Friday, for approval; so that later they are under the consideration of the president of Russia.

This Friday the Federal Service for Supervision of Telecommunications, Information Technologies and the Media restricted access to the Internet sites of several media outlets for publishing false information about Russia’s special military operation in Ukraine.

Among them, media considered foreign agents in Russia were sanctioned: Meduza, Voice of the United States of America, Radio Free Europe/Radio Liberty), as well as the BBC, Deutsche Welle (DW) and others, the entity reported.