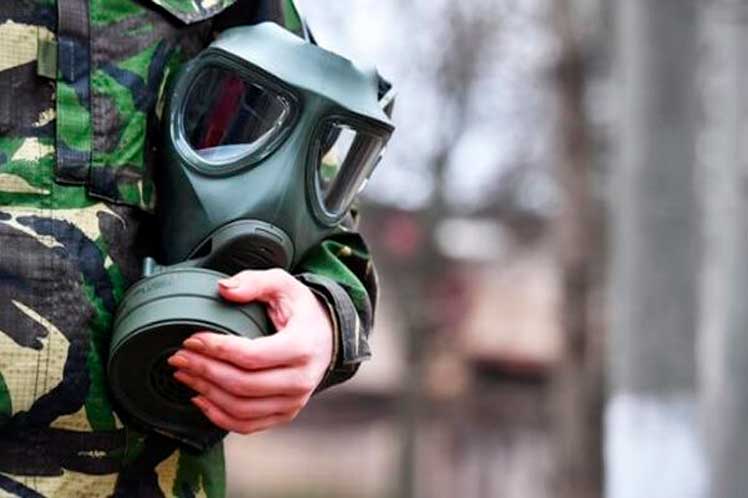 Why has the official website of the U.S. embassy in Kiev just DELETED all evidence of Ukrainian biological weapons laboratories, the report asks, specifying that Washington is trying to erase the trace of these bio-laboratories jointly financed and operated by the Pentagon.

The documents on the labs were public knowledge until February 25, 2022 when they were deleted from the website of the U.S. diplomatic headquarters in that country, the report said.

These documents include important construction, funding and license details for biological weapons labs in Ukraine, it added.

But now Washington is erasing these documents from the Internet and is becoming less transparent with this critical information, it added.

The report noted that this is happening at a time when the world’s population is waking up to the reality of for-profit biological weapons research, laboratory leaks, and the development of predatory vaccines and diagnostics.

These biological laboratories, it pointed out, generate pathogens of pandemic potential that exploit human immune systems and are the basis for medical fraud, malpractice, vaccine-induced death and genocide.

Could the existence of these bioweapons labs have anything to do with Russia’s “special military mission,” the publication asked.

The Defense Department funded at least 15 different biological laboratories in Ukraine. These are not Chinese or Russian biolabs. At least eight of them are bioweapons labs operated exclusively by the Pentagon, the publication denounced.

These labs “consolidate and secure pathogens and toxins of security concern” to carry out “enhanced biosecurity, biosafety and biosurveillance measures” through “international research partnerships,” it said.

The Pentagon also facilitated the clearance process for Ukrainian scientists to work with pathogens of pandemic potential.

What is the U.S. embassy trying to hide, the publication asked amid the conflict in that nation.