Warning of impact on Latin America due to Russian-Ukraine conflict 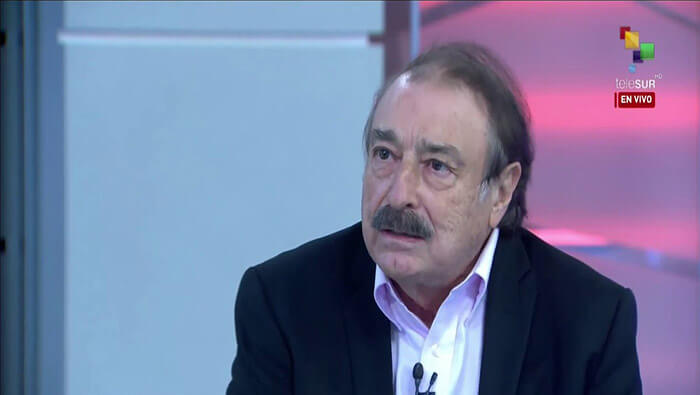 Warning of impact on Latin America due to Russian-Ukraine conflict

According to the renowned political scientist, Latin America is not a relevant actor in the scenario where the main geopolitical tensions linked to the military operation initiated by the Russian government in the neighboring country are taking place.

Except for its relations with Cuba, Venezuela and Nicaragua, Moscow does not have the influence in the region that the United States has always had, and that China has lately acquired, Ramonet indicated in his opinion piece “Latin America and the war in Ukraine”, published this Friday on the portal of multinational television station Telesur.

In this sense, the expert indicated that the current global situation will have repercussions in Latin America and the Caribbean, especially in the economic aspect, due to the increase in prices of raw materials such as gas and oil, some metals and also food products such as wheat, sunflower oil, corn, in addition to fertilizers.

“All the importing countries of these inputs are going to be strongly affected,” said Ramonet.

In a global context of rising inflation, these cost increases will contribute, in some nations, to a sharp rise in prices, particularly in transport, electricity, bread and other food products, said the Spanish journalist.

He specified that in Latin American societies hit hard by the consequences of the Covid-19 pandemic, popular protests could be generated against the increase in the cost of living.

“Inversely, the exporting states of hydrocarbons, minerals or cereals – for example, Venezuela, Chile, Peru, Bolivia, Argentina, Brazil – will benefit from the current significant rise in prices, the analyst predicted.

He also pointed out that the new sanctions imposed on Moscow and the closure of airspace throughout the North Atlantic to Russian planes will also affect the tourist powers of the Caribbean, in particular Cuba and the Dominican Republic, main recipients in the tourist area from the Eurasian nation.

In Ignacio Ramonet’s opinion, no country in Latin America is unconditionally aligned itself with Russia’s positions regarding Ukraine; “Everyone has defended International Law, the Charter of the United Nations and advocates a diplomatic understanding to resolve the crisis,” he estimated.

Russian President Vladimir Putin announced last February 24 the beginning of a special military operation in Ukrainian territory, after the authorities of the self-proclaimed people’s republics of Donetsk and Lugansk requested help in the face of Kiev’s aggression.

On repeated occasions, the Russian Government warned about the threats to the national security of the Eurasian country, due to the sharpening of the warmongering positions of the North Atlantic Treaty Organization and its expansion in Eastern Europe.