Mercenaries in Syria being recruited to fight in Ukraine 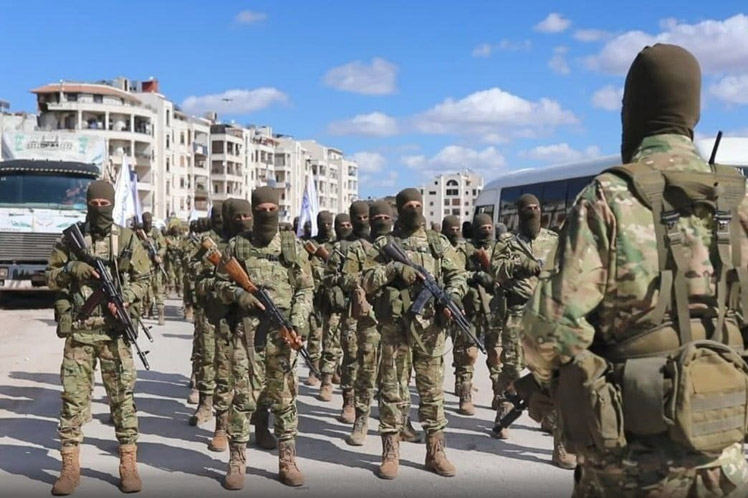 Mercenaries in Syria being recruited to fight in Ukraine

The sources, quoted by al-Watan daily, reported that Turkish intelligence instructed the leader of the Junta for the Liberation of the Levant group, Abu Muhammad al-Gulani, in Idlib northern Syrian province, to start recruiting and gathering of fighters for further dispatch to Ukraine.

They even confirm that more than 370 Turkmen, Uyghur and Bengali jihadists of the aforementioned radical group, registered on the list of international terrorism, crossed the borders to Turkey and from there they were transferred to Ukraine, in the first days of the beginning of the Russian military operation, the media reported.

In the same context, they revealed that about 400 Pro-Turkish fighters, who underwent anti-aircraft and anti-armor missile training during the last two months, are currently preparing to travel to Romania or Poland and from there to Ukrainian regions.

Most of the mercenaries, the sources clarify, were members of the so-called Sultan Suleiman Shah Division and have previous experience as mercenaries in the wars in Libya and the Nagorno-Karabakh region of Armenia.

Probably, according to the sources, the number of terrorists sent from Syria to Ukraine, including mercenaries loyal to Washington and Ankara, may reach 10 000 during the next few weeks.

The objective of these paid extremists is to prolong the clashes with the Russian army and force Moscow to wage a war of attrition there.