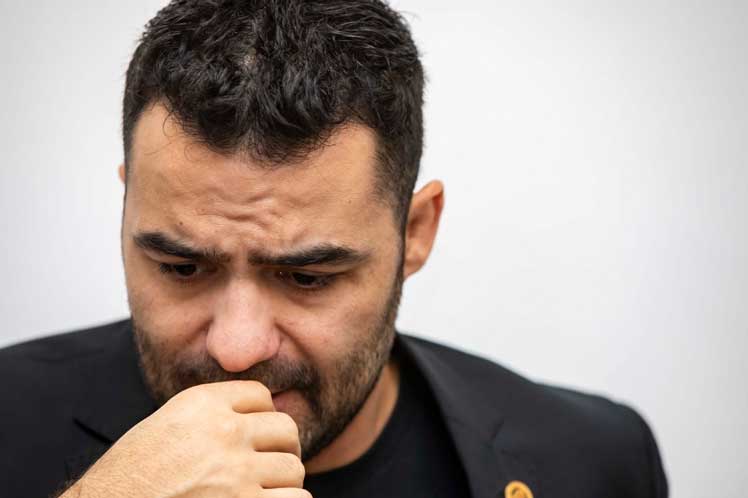 In audios leaked by the press and imputed to Do Val, alias Mamãe Falei, the pre-candidate for the right-wing Podemos party for the governorship of Sao Paulo states that Ukrainian women are “easy because they are poor”, in addition to other sexist comments.

He allegedly considers Ukrainian women goddesses and compares the lines of female refugees to those of discos in Brazil.

In her March 1 column, the journalist Monica Bergamo, from the newspaper Folha de Sao Paulo, published an interview with the parliamentarian, in which she states that the capital “was charged in a live broadcast on Monday, on his YouTube channel (video platform)”.

Do Val appears in the audiovisual with two volunteers of a movement of civilians who offer humanitarian aid to refugees and send supplies.

Also, according to the interview, prior to the uproar of his sexist accusations, “part of the money, according to the deputy, will go to the purchase of food and supplies. It will be donated to the volunteer movement”.

The site Rede Brasil Atual assures that the legislator’s commitment to point out the trip’s accounts does not reduce the indignation provoked by his inappropriate comments.

For Rede, the speeches resonated enough for Do Val to withdraw his pre-candidacy for the São Paulo government and to be disavowed by the presidential candidate, former judge Sérgio Moro, who until then was supported by Mamãe Falei.

Senator Humberto Costa wrote on social networks that “parliamentary immunity is not a green light for disrespecting the country’s legislation”.

He warned that by assaulting the Ukrainian women, Do Val “ran over the rules of procedure of the São Paulo Assembly, the Code of Ethics, the Constitution and the Maria da Penha law (protects women against domestic and family violence). He cannot go unpunished. And the Senate must listen to him”, he said.

Costa denounced that the congressman’s statements affect Brazil’s image abroad. “The attacks on Ukrainian women are regrettable from all points of view: moral, political, ethical. This is a parliamentarian, a representative of the people,” he remarked.