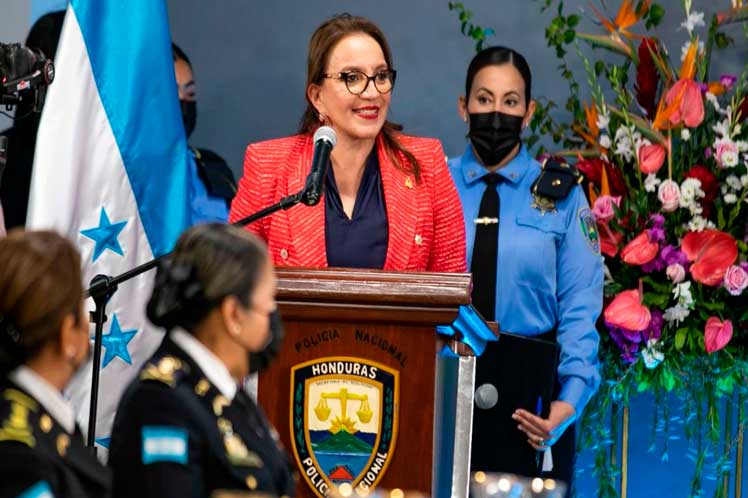 Nowadays, Honduras´ professors retire at 65 years of age and 25 years of service in the sector and, precisely, the change in the law seeks to establish 50 years as the retirement age and a decade of service as a minimum.

The Minister of Education, Daniel Esponda, made reference to the 1980 legislation as a reference for this new proposal and assured that the executive of the Libertad y Refundación (Libre, in Spanish) Party´s representative will restore the dignity to the teaching sector in the country.

As part of the governability´s return to the institute, Castro’s administration appointed last week two members of the interventory commission, with an expected management of six months and the purpose of reviewing the investments made by the institution and the situation of the finances.

At the same time, the executive, established since January 27, is promoting a budget reformulation plan with 21 measures to rescue the economy, among them, the transparent recording of the funds allocated and the financial allocation to the projects of greater social impact.

Likewise, the elimination of expenses, commissions, programs and accounts created for the purpose of diverting capital with political and private interests and the trusts will undergo a review and audit process to determine the existence or not of civil, administrative or criminal liability.

Castro’s executive also determines the presentation of a Public Debt Payment Plan before private banks and international financing organizations and, regarding sovereignty, the International Commission Against Impunity and Corruption will determine the necessary reviews.

Honduran ministers to report to the people on their management

Government of Honduras to investigate eviction of Garífuna families

Survey on electoral reform in Mexico backfires on its organizers

Honduran ministers to report to the people on their management

Government of Honduras to investigate eviction of Garífuna families

Survey on electoral reform in Mexico backfires on its organizers