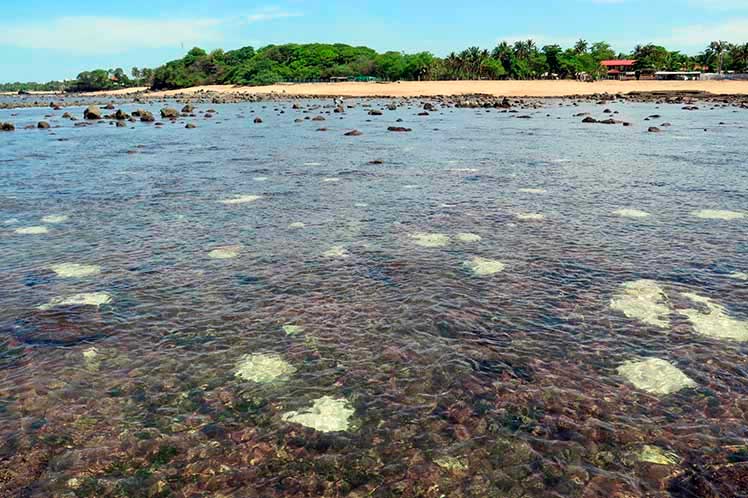 San Salvador, 7 March ( Prensa Latina) The Salvadoran coastline has its charm: the beaches are far from being peaceful, but they are ideal for surfing, escaping to eat ceviche or seafood, or diving and discovering the largest coral reef in the North Pacific in Los Cóbanos.
Share on facebook
Share on twitter
Share on whatsapp
Share on telegram
Share on email

An essential destination for lovers of underwater tourism, this inlet in the department of Sonsonate, not far from the port of Acajutla, is also a sanctuary for numerous marine species, including wrecks invaded by coral.

In addition, from November to January the giant humpback whale is sighted, measuring about 16 meters, perhaps the largest of the thousands of species that live in the colorful ecosystem, a sort of coral metropolis in the vastness of the oceans.

Outside the water, there are other reasons to visit this area, which covers some 21,000 hectares of rocky beaches, rivers, wetlands and land that contribute to raising awareness about environmental protection.

Four types of sea turtles, including the endangered hawksbill turtle, come to lay their eggs here. In turn, multiple native and migratory species feed and reproduce in this ecosystem, guaranteeing biodiversity.

However, poor fishing and tourism practices, erosion and pollution of the rivers that flow into Los Cóbanos threaten the only coral reef in El Salvador, although global warming causes the greatest damage.

In fact, its coloration changes from the brownish brown impregnated by the plankton to the pallor caused by exposure to the sun at low tide, a calcination that fragments the colonial animals and destroys the habitat of numerous species, particularly algae.

In addition to being a natural filter that releases oxygen, the Los Cóbanos coral reserve contributes to the livelihood of thousands of people: a healthy reef guarantees fishing and tourism and, therefore, the family “pisto” (money). We must take care of it.