No to war will unite Spanish government, with splits 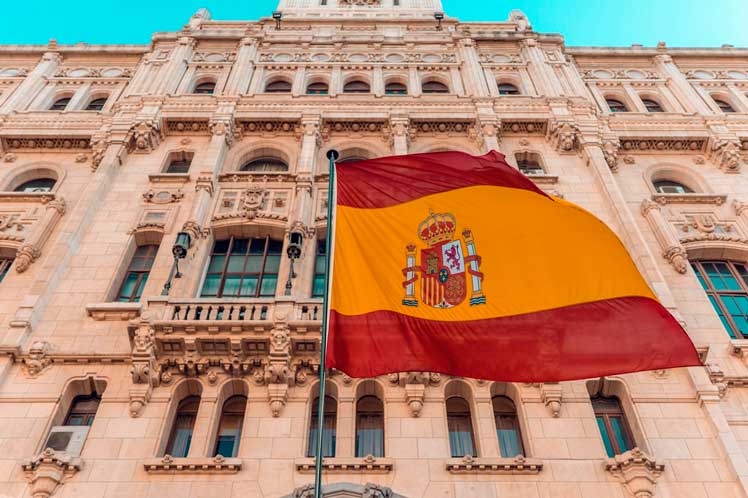 No to war will unite Spanish government, with splits

Madrid, Mar 7 (Prensa Latina) The parties in the left-wing coalition that governs Spain will be united in their condemnation of war in tomorrow's International Women's Day march, media reported on Monday. However, while the anti-war common denominator is focused on Russia's special military operation in Ukraine, at the same time Spain's shipment of offensive weapons to Kiev has created rifts in the Moncloa Palace.
Share on facebook
Share on twitter
Share on whatsapp
Share on telegram
Share on email

The demonstration from the station now baptized as Atocha-Almudena Grandes to Plaza Colon, in the heart of Madrid, is not unanimous either, although in general terms there are many activities of homage and recognition to women this week in Spain.

Precisely, the leader of Podemos, Ione Belarra, is promoting a European peace movement in coordination with partners such as the president of France Insumisa, Jean-Luc Mélenchon, and the former head of the UK Labour Party, Jeremy Corbyn.

Belarra, who is Minister for Social Rights and Agenda 2030, has been critical of her boss, President Pedro Sanchez, for sending weapons to Ukraine, a stance similar to that of her party colleague and head of the Equality portfolio, Irene Montero.

In an attempt to lower tensions, on Monday the Podemos spokeswoman, Isa Serra, denied at a press conference that Belarra, this Sunday, called the PSOE (Spanish Socialist Workers’ Party, of Pedro Sanchez) a “party of war” and clarified that she was referring to “warmongering fervor.”

She took the opportunity to underline that Podemos is not considering leaving the Government, despite the deep differences that became notorious with Yolanda Diaz, second vice-president and leader of the United We Can bloc in the current administration.

For his part, the spokesman for the Federal Executive of the PSOE, Felipe Sicilia, insisted that within the coalition government there is no tension but unity in the face of war in Ukraine, a statement shared by the Minister of Territorial Policy, Isabel Rodriguez.