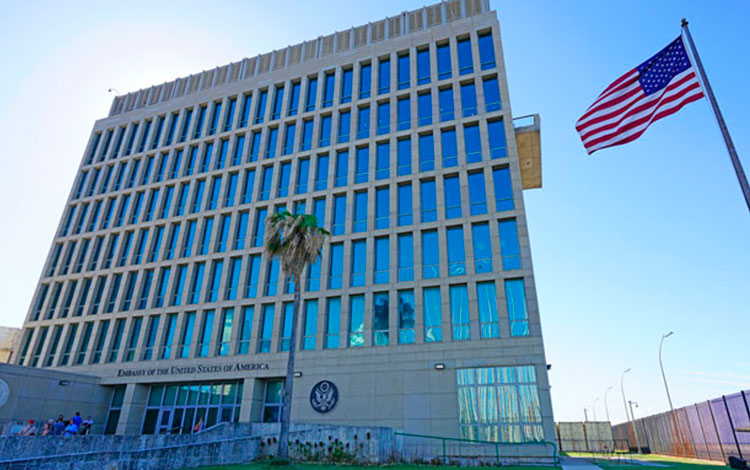 A few days after Washington announced the resumption of some consular services at its Embassy in Havana, the State Department specified there is no date set to start such services, and the embassy announcement referred exclusively to family-sponsored immigrant visa petitions, Emily Mendrala, deputy assistant secretary on Cuba issues, said.

In statements to US press media, Ms. Mendrala said that the total resumption of consular services in Havana will occur indefinitely in the coming months.

“We do not have a set schedule, there is much to do, but we are interested in starting processing the cases as soon as possible,” Ms. Mendrala stated.

According to Mendrala, Cubans applying for visitor visas will still have to travel to a third country (such as Guyana) to be interviewed by a U.S. consular officer.

“All processing in Havana, Cuba, will be suspended due to the significant drawdown in U.S. government personnel from the U.S. Embassy in Cuba.”

The backlog of immigrant visa petitions has skyrocketed since 2017 when most consular services were suspended in Havana due to the mysterious illnesses that affected U.S. diplomats and officials, and became known as “Havana syndrome.” No recent incidents have been reported in the Cuban capital, but the original cases are still under investigation.

Such a decision had an impact on the family reunification program suspension, which will continue to be slowed down for the time being, such as the granting of visas, since Cubans are bound to go to a third country for continuing their legal proceedings, thus paying steep prices and with no certain approval.

Plus, as stated by Cuban authorities, closing legal travel channels and the strengthening of the economic, commercial and financial blockade imposed by Washington trigger irregular migration from Cuba.

According to latest info provided by the US Citizenship and Immigration Services (UNCIS), around 22,000 people applying for CFRP are still waiting.