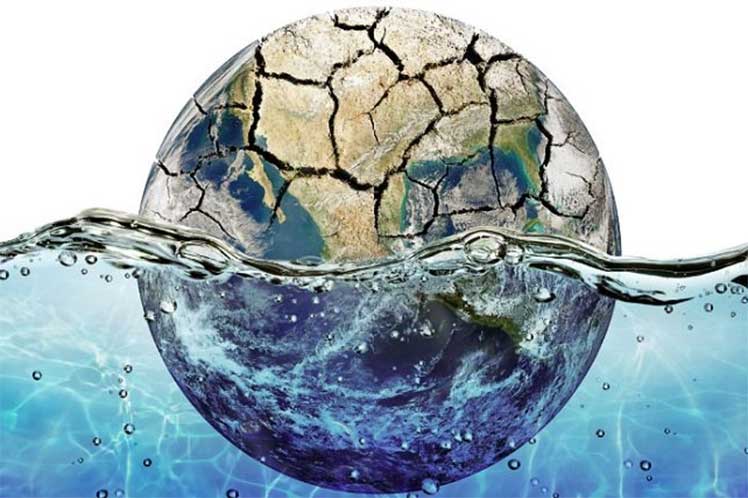 According to a report from the World Meteorological Organization (WMO), the impacts of hydrological changes due to the retreat of glaciers and the melting of permafrost are approaching the point of no return.

The agency noted that only 0.5 percent of the Earth’s water is usable and available as fresh water.

Over the past 20 years, it noted, its terrestrial storage is declining at a faster rate than the total human consumption per year.

This has enormous ramifications for future water security, given the population growth and the environmental degradation, the WMO warned.

Regarding future projections, the statement warned about declining meltwater, an important source for irrigation in some parts of the world.

The projected loss of global glacier mass will reduce the availability of water for agriculture, hydropower and human settlements in the medium and long terms, it said.

Changes in the magnitude of flows are also expected to have an adverse impact on freshwater ecosystems in many watersheds.

Direct damage will increase in magnitude with each fraction of a degree increase in temperature and as climate change alters precipitation patterns, the source pointed out.

Taking into account the effects of climate change, leaders of the Water and Climate Coalition called for improved water use to build food security, protect health and livelihoods, promote a just transition to clean energy, and build resilient economies.

This group is a panel of eminent representatives of United Nations members, civil society and the private sector, invited by WMO Secretary-General Petteri Taalas.

Half a million people face hunger in Kenya due to drought

Half a million people face hunger in Kenya due to drought