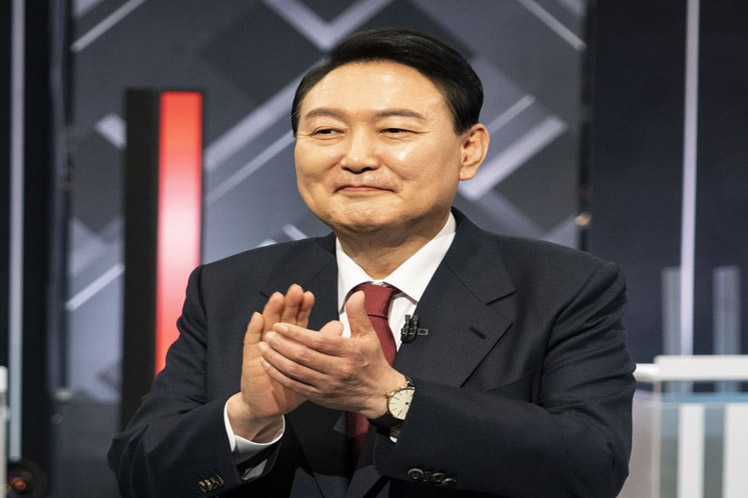 At the closing of the polls, and still unofficially, Yoon showed 48.4 percent of the votes, against 47.8 percent of Lee Jae-myung, of the ruling Democratic Party, in the closest electoral race in the history of the Asian country.

This was reflected in an exit poll jointly conducted by three television networks, which have had a 100 percent accuracy rate since they began being conducted in 1997.

In a last-ditch effort to rally support, both groups held rallies the day before for tens of thousands of South Koreans in the capital, despite the fact that 342,000 Covid-19 cases were added that day.

The two chosen squares, less than 500 meters apart, were packed with supporters of each side, and on Wednesday more than 75 percent of the 44 million eligible voters went to the polls.

During the final hours both candidates attacked each other’s wives, Lee accused Yoon of being a drunk, and there were also unsubstantiated allegations of voter fraud and claims that shamans had infiltrated the campaign.

The personal attacks obscured what would otherwise be substantial policy differences between the two contenders on both domestic and international issues.

According to analysts, young voters will be critical, and had to decide between the Democrats’ social welfare programs or the pro-business small government of the People Power Party.

The final result of the election is expected to be announced in the early hours of Thursday, and thus the successor to Moon Jae-in, who was barred by the Constitution from seeking re-election.