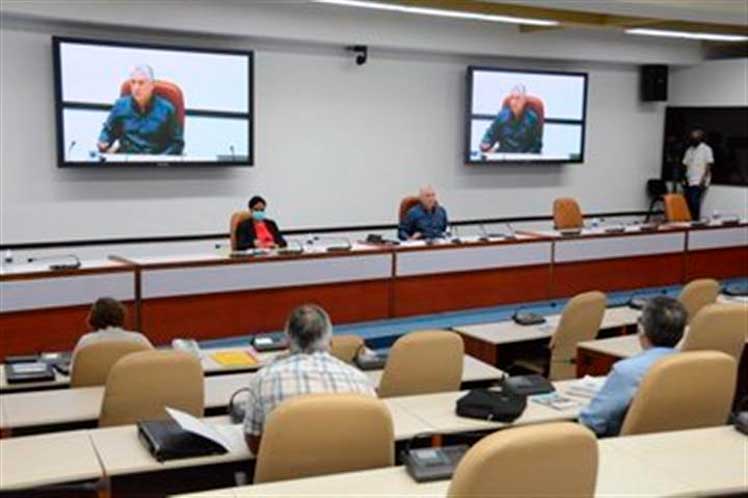 Through his official Twitter account, the president reported on a session of the National Innovation Council, which seeks to stimulate the connection between the knowledge sector, public administration and production.

The meeting, held Yesterday in the Palace of the Revolution, evaluated the contributions of the Scientific and Technological Park of Havana, the University Foundation for Innovation and Development, and the Science and Technology Interface Society of the Marta Abreu Central University of Las Villas.

According to the Presidency’s website, Diaz-Canel emphasized that the Caribbean nation has a regulatory system for the consolidation of relations between higher education institutions, companies, research centers and high-tech entities.

“Now we have to make them known and used,” he said.

The president of the Havana Science Park at the University of Informatics Sciences, Rafael Luis Torralbas, explained that this is an organization managed by specialized professionals, to stimulate the flow of knowledge and technology between institutions and markets.

Likewise, it promotes the creation and growth of innovative companies through incubation mechanisms, provides other value-added services, as well as high quality spaces.

Introducing innovations is a priority for the Cuban government and for this purpose it created the National Innovation Council, a state advisory body that assists the President of the Republic and makes recommendations to promote the development of the economy and society.