Cuba reiterated denunciation against US blockade in regional forum 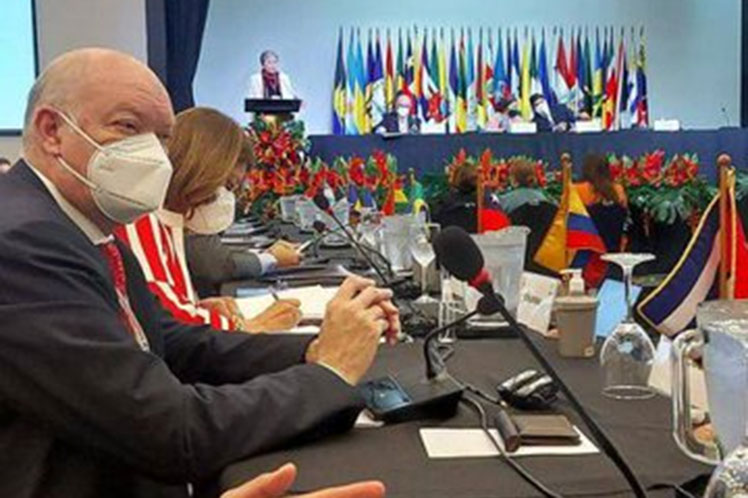 Cuba reiterated denunciation against US blockade in regional forum

In a summary of the participation in this forum, organized by the Economic Commission for Latin America and the Caribbean (ECLAC) and by the Pro Tempore Presidency of Costa Rica, the Cuban delegation states that it reiterates the denunciation of unprecedented tightening of the blockade imposed by Washington against the island.

Likewise, it continues, Cuba explained to the countries of the region about the main progress and challenges achieved at the national level in the implementation of the 2030 Agenda and the context of Covid-19.

The foregoing, with emphasis on the Sustainable Development Goals examined at the meeting; the fourth (quality education), the fifth (gender equality), the fourteenth (submarine life), the fifteenth (life of terrestrial ecosystems) and the seventeenth (partnerships for development).

The Cuban delegation to the fifth meeting of the Forum, held from the 7th to the 9th of this month at the Crowne Plaza Corobicí hotel in the capital, was chaired by the Minister of Foreign Trade and Foreign Investment, Rodrigo Malmierca.

Shortly before returning to the island this Thursday, the official press release highlights that the Cuban delegates also had an extensive program of exchanges with government representatives present at the event, directors of various international organizations, Costa Rican businessmen and Cuban residents in that country.

Also, they conveyed Cuba’s recognition and gratitude to ECLAC’s executive secretary, Alicia Bárcena, for her work at the head of the organization and the support provided to Cuba during her mandate, which will end at the ened of this month.

Similarly, they recognized the work carried out by the United Nations system at the national, regional and international levels to support the fight against Covid-19 and promote recovery in favor of sustainable development.

Some 1,200 representatives of the 33 member countries, international organizations, the United Nations and civil society participated in the V Forum in a hybrid way -face to face and virtual-, among which the Deputy Secretary General of the United Nations, Amina Mohammed, stood out and 21 ministers of the region.

The Forum of the Countries of Latin America and the Caribbean on Sustainable Development constitutes an annual space in which its members follow up on the implementation of the 2030 Agenda.