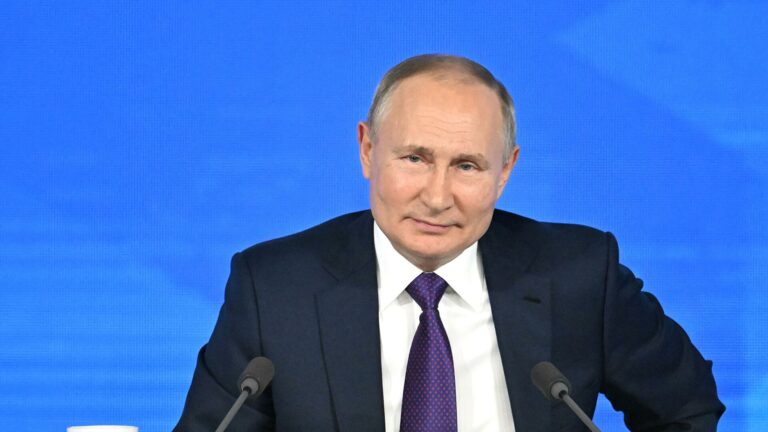 During the meeting of the permanent members of the National Security Council, Shoigu also raised the intention to equip the DPR and LNR militias with man-portable air defense systems and anti-tank missiles, in response to the “uncontrolled deliveries” of weapons to the Kiev forces.

Putin also approved the initiative presented by the Minister of Defense to accept the requests of volunteers from different countries, interested in traveling to Donbass to participate in what they consider, he said, a liberation movement. The figure exceeds 16,000 applications, most are from Middle Eastern countries and do not ask for financial remuneration for doing so, the official Kremlin website published.

“We know many of them, they helped in the fight against the Islamic State extremist group in the most difficult moment, in the last ten years,” the defense minister said.

In this regard, Putin raised the possibility of helping these people to move to the conflict zone if they want, “on a voluntary basis, especially not for money, to come and help people who live in Donbass”. He also noted that the sending of mercenaries from all over the world to Ukraine is public. “The Western sponsors of Ukraine, the Ukrainian regime are not hiding it, they are doing it openly, disregarding all the norms of international law,” he said.

In his report to the Russian Security Council, Shoigu reported that the General Staff of the Armed Forces is preparing a plan to reinforce the western borders of the country with new and modern defense systems.

He stressed that the plan responds to all the measures adopted by the West to reinforce its forces near the borders of Russia, where more NATO units arrive every day, despite the fact that their countries do not face any threat. On the subject, the Russian president ordered the defense minister to prepare a report on the reinforcement of the western borders of the country due to the actions of the North Atlantic Treaty Organization (NATO).

“It seems to us that they want to take advantage of the situation to deploy their forces and materiel in the border area near us as far as possible, and it is true that they seek to consolidate them there in the long term,” he said. “Based on the results of your discussion in the near future, we will make a decision on it,” he stressed.