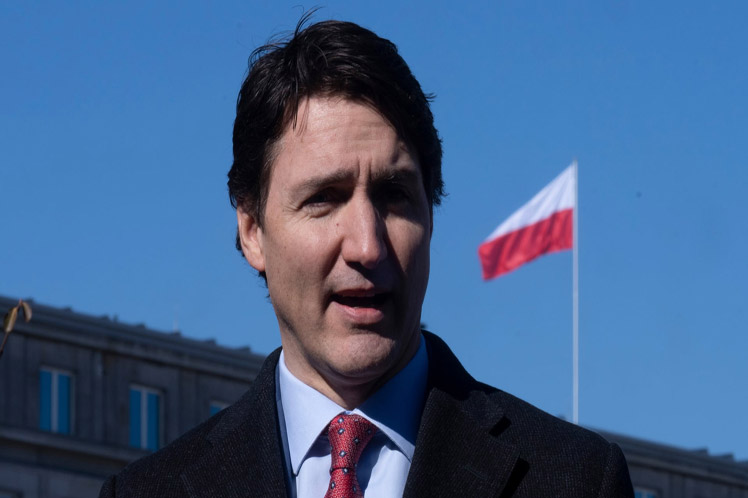 The decision is part of a wave of sanctions against the Eurasian giant in the midst of the war with Ukraine, a situation encouraged by the United States and its allies in the North Atlantic Treaty Organization (NATO).

The five people targeted by the sanctions have ties to the government of President Vladimir Putin, according to the Canadian press.

Among those sanctioned are the chairwoman of Russia’s Central Electoral Commission, Ella Pamfilova, and billionaire Roman Abramovich, a tycoon who owns English soccer club, Chelsea.

The northern country is the second to sanction Abramovich after the United Kingdom did so last Thursday.

According to the Canadian leader, who had applied recent measures against 32 Russian military companies, these people will not be able to do business with the northern country and their assets will be frozen.

Abramovich is a shareholder in the British multinational Evraz, which runs steel mills in central Canada, in the provinces of Saskatchewan and Alberta.

Trudeau broke the news from Warsaw, where he is on a six-day tour of Europe that began last Sunday and included stops in the UK, Latvia, Germany and Poland.

According to the Canadian newspaper The National Post, Trudeau had opportunistic intentions with this trip, in which he only sought to show his face around Europe in the midst of the border crisis between Russia and Ukraine, without a pre-established agenda.

According to experts, each sanction applied by the Western Hemisphere against Moscow is a suicidal act, due to the economic repercussions it will bring to the region.

“We will gain more skills, we will find more ways to feel independent and self-sufficient, and in the end we will benefit, as happened in previous years”, President Vladimir Putin said when asked about the sanctions against Russia.