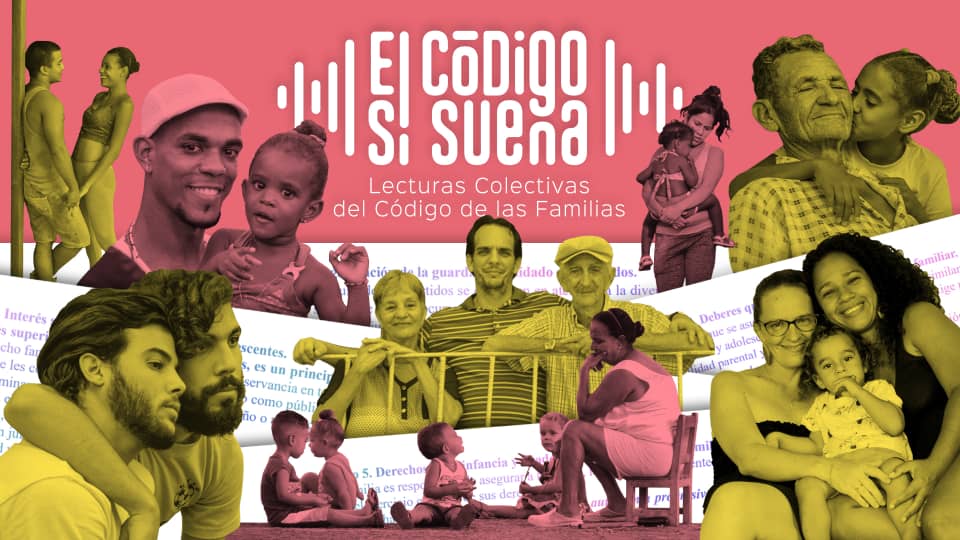 Journalists and professionals from various fields inside and outside the island made up the group of 51 people who contributed to the initiative of putting sound and intention to the 500 articles of the legal provision, recognized among experts for its modernity and inclusive nature.

One of the organizers, journalist Yuliet Pérez, spoke with Prensa Latina about the emergence of the idea, based on debates on social media, where lack of knowledge, manipulation and instrumentalization of the contents of a document “so comprehensive that provides benefits for so many people” could be noticed.

Some of the motivations shared by Yuliet and photojournalist Claudio Pelaez, another of its promoters, were to make the text reach those citizens with limited time to read its 130 pages or those who have little access to the Internet, and to make up for the limited circulation of tabloids, more than 500,000 compared to the 7 million participants expected in the consultations.

“We agreed that the best format was audio, because you can listen to it while doing other work. We made the call on my Facebook wall (…) and the idea really caught on. We created a WhatsApp group with willing people and in record time everyone recorded their part of the text, some on radio stations, others at home,” he said.

The collective readings now make up an archive of around 500 megas of information, which speak of rights and duties; reinforced protection for children, teenagers, women and the elderly; recognition of all forms of family diversity; transversal treatment in the face of discrimination and violence, among other core issues for the legal treatment of the nation’s socio-filial conflicts.

And although the initial project was limited only to the idea of the audiobook, it now has a Facebook page under the name El Código Sí suena, a Telegram group with the possibility to download it and various media and national platforms promote its publication. “We have generated a wave of empathy and commitment,” Yuliet Perez said.

Regarding the challenges ahead, she assures that it is about facilitating the understanding of the legal body, reflecting it through life stories, disseminating the recording through the most diverse ways so that it reaches as many people as possible. “We also plan to distribute it by independent chapters and to translate the most innovative ones into sign language,” she added.

Cuban Television Information System journalist Abdiel Bermudez is one of the voices that can be heard in the audiobook and for whom this is a possibility to get information on a long and at times convoluted document due to its characteristic terminology.

“Those of us who are participating, without being called by anything other than friendship and the certainty of the need for the Code, have something in common: we believe in the inclusive, democratic and non-discriminatory nature of the project. And we use what we have: our voices, which can go a long way, with affection first,” he told Prensa Latina.