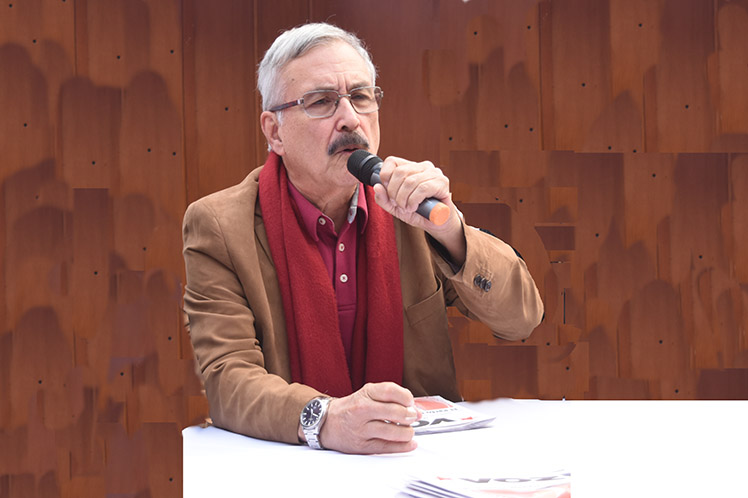 In addition, it is the result of the policy of unity and convergence that we have been upholding, emphasized the leader of this political force that is part of the Historical Pact coalition.

The idea of ​​a broad democratic front proposed by the Pact’s presidential candidate, Gustavo Petro, would characterize it “as a democratic outpost that has the consolidation of the Peace Agreement among its banners,” he said.

“In general, a state peace policy to advance towards the opening achieved between the former Revolutionary Armed Forces of Colombia-People’s Army and the government of Juan Manuel Santos, on behalf of the State, was the signing of the Agreement,” he added. .

Now this new factor of the correlation of forces that the Historical Pact proposed yesterday, allows us to glimpse the possibility of reaching the government, he said.

Also, the possibility of a transcendent change in one of the elements of political power and the possibility of advancing in some substantive reforms that allow the Colombian people to access better conditions for their struggles going forward, he added.

In the opinion of the communist leader, a new era is opening in Colombia and, therefore, “we have to work with that idea by starting today, the first round as Petro announced” for the presidential elections on May 29 and win it.

It is also necessary to raise awareness in the people, in the most popular sectors so that they understand that this change “is for the better and they are not intimidated by the threats against Russia, communism, and the invented threat that we are going for the worse,” he stressed.

“The worst thing that could happen (in Colombia) is that Uribeism, continuity, paramilitarism and neoliberalism continue ruling our country, hand in hand with Yankee imperialism (United States) and confronting us with Latin America,” he stressed.

That would be fatal, Caycedo said, and assured this scenario has to change, as well as corruption, for which the participation of the people in decisions about their destiny, is necessary.