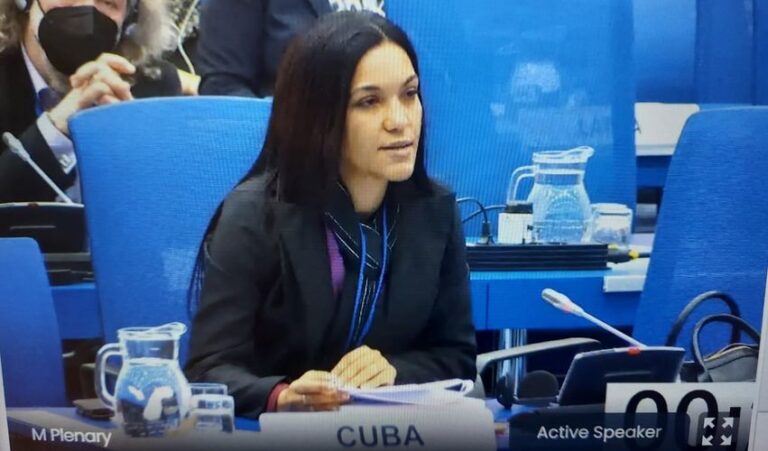 The scourge of drugs spreads to all geographic regions, generates and reproduces cycles of poverty, violence, various criminal behaviors, social exclusion and delicate health situations, Diaz noted in her speech, which was reported by a diplomatic source.

We are also attending the meeting, aware that it will be very difficult to solve the problems of mass drug production and trafficking from the South without eliminating the majority demand in the North, the deputy minister pointed out.

She added that today more than ever it is important to recognize and apply the principle of common and shared responsibility.

It is clear that the effects and serious consequences generated by this scourge, in all its facets, will not be solved if the world drug problem continues being politicized, if countries continue being militarized and national sovereignties disrespected, she said.

Nor will it be resolved through legalization, or by assuming drugs as harmless substances, the diplomat added.

Understanding this as a solution implies accepting that the States cannot or do not want to comply with their obligations to prevent, address and combat the consequences and crimes resulting from the production, transit and consumption of drugs and the lack of protection of their citizens’ health, Diaz pointed out.

For these reasons, Cuba does not favor this approach, which opens spaces of greater danger for the stability of our nations and which can affect other equally complex transnational crimes, the Cuban deputy foreign minister noted.