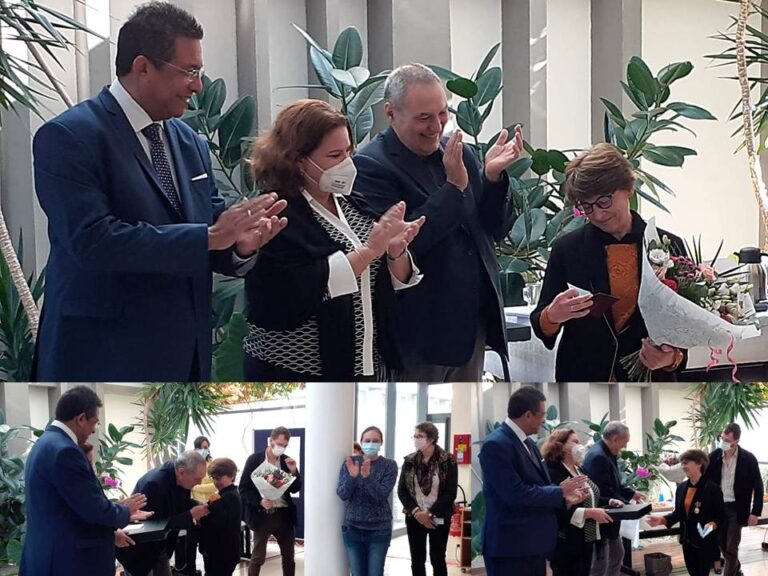 The specialist from the Molecular Biophysics Center of Orleans expressed gratitude for the gesture, at a ceremony in that city in the center-northwest of France, also attended by the general director of the Finlay Vaccines Institute of Cuba, Dr. Vicente Verez; and the director of Research at the same institution, Dagmar Garcia.

In statements to Prensa Latina, Dr. Verez highlighted Paquet’s contribution to the creation of vaccines, which is considered a scientific feat by Cuba, due to their effectiveness and the speed and context in which they were developed, marked by the United States economic, commercial and financial blockade, which Washington has intensified in the middle of the pandemic.

Our French colleague played an important role in the spatial designs of the molecules that later formed the Soberana vaccine and, therefore, we pay her a well-deserved tribute today, he stressed.

According to Verez, Paquet and other foreign specialists from whom the Finlay Vaccines Institute requested collaboration, and they contributed to a project that he described as an effort of great magnitude.

They acted with the speed we needed and their capacity to respond was very high, said the renowned scientist, who also mentioned colleagues such as Italy’s Fabrizio Chiodo and Iran’s Alireza Biglari.

The series of immunizing agents against Covid-19 under the Soberana label includes Soberana 01, Soberana Plus and Soberana 02, which are the only ones in the world developed for children between 2 and 5 years of age.

The Carlos J. Finlay Order awarded today to French Doctor Paquet is granted by the Council of State of the Republic of Cuba to Cuban and foreign citizens in recognition of their extraordinary merits and valuable contribution to the field of science.