Cuba has the potential to increase coconut groves, says manager 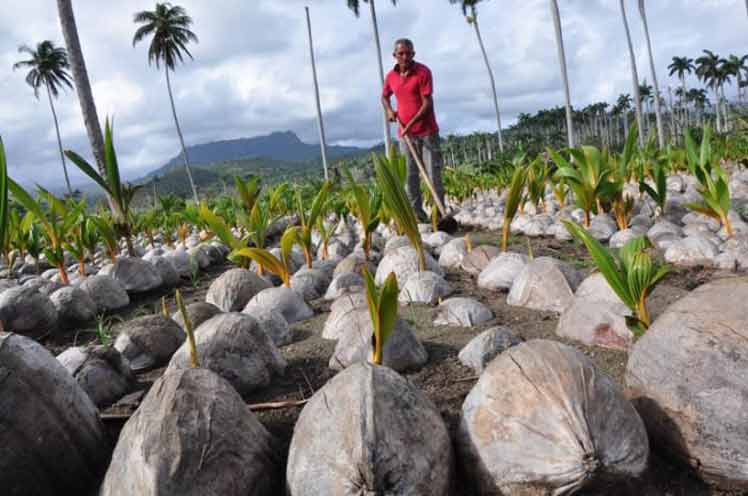 Cuba has the potential to increase coconut groves, says manager

During the National Plenary of the branch held at the La Candelaria farm, in Ciego de Ávila, the specialist of Coffee, Coconut and Cocoa of the Island highlighted there are conditions, experienced producers and research centers that promote science and technology aimed to encourage such cultivation.

He stressed that the nation will complete some 12,000 hectares of coconut palms this year, out of a program plan of 18,000 before 2025, mainly in eastern Cuban areas such as Baracoa and Niquero, the largest growers, and in the center, Ciego de Ávila and Caibarién.

He added that among the commitments of Cuban agriculture is to extend the experience of manufacturing coconut candy, as the Avilanian and Baracoa territories have, a food in great demand in the national market.

The production of coconut oil for the cosmetic and food industries are also priorities of the country’s leadership, as well as achieving productive linkages with tourism and other entities and taking advantage of each part of the fruit to promote exports, the official reiterated.

Originally from Asia, the coconut tree is spread throughout the world, and among its benefits are its fruits with high nutritional values; water is consumed as a rehydration drink; the wood is used in the construction of houses and furniture, and the leaves for roofs, baskets, hats, rugs, among other uses.