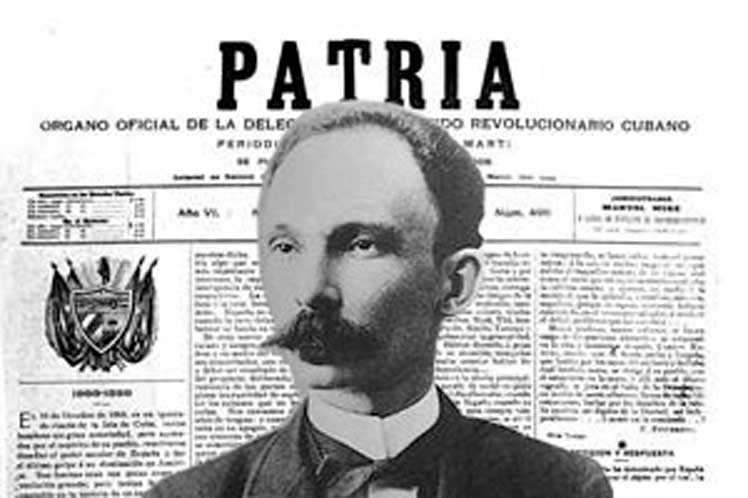 Patria, founded in 1892, as its founder stated “to gather and love, and to live in the passion of truth”, and unite Cubans and Puerto Ricans around the idea of independence, is an ethical reference for the Cuban journalists, immersed in the purpose of transforming the media model.

Initiatives are being developed in all Cuban provinces on the Day of Cuban Press, in which outstanding workers from the different media are recognized.

On Saturday, the Havana neighborhood of La Timba was the scene of the Public Press Festival, organized by the Association of Cuban Journalists (UPEC), in which the population interacted with managers, editors, designers, photographers and journalists.

According to UPEC President Ricardo Ronquillo, the celebrations would be incomplete without the presence of the people, who own the public media in Cuba.

For UPEC Vice-President Jorge Legañoa, the event was a celebration for the people interested in journalism and the inner workings of the media, and allowed a feedback as of the experiences by local residents.

The event for the Day of Cuban Press will culminate with an international colloquium dedicated to Patria newspaper, to be held Monday and Tuesday, in which journalists from media outlets and left-wing institutions worldwide, as well as academics, political and social actors from several countries, will participate.