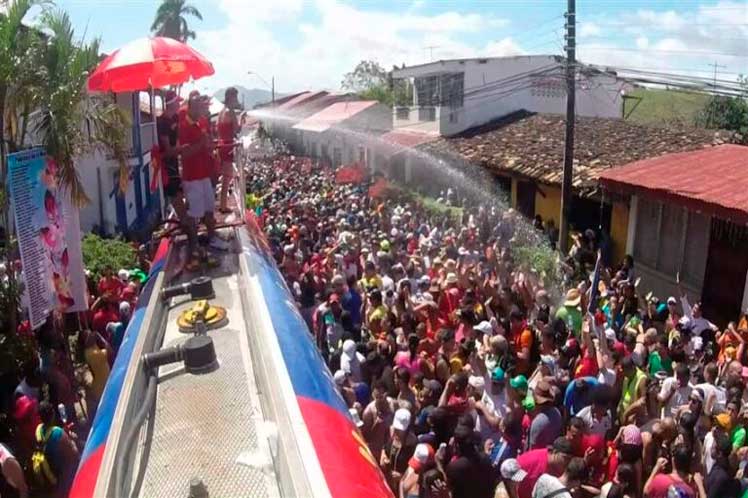 Hardly memories in family brought on this occasion those “culecos” or “mojaderas”, the soul of the traditional festivities, when the “guaro” (liquor) and music tinge powerful jets of water that soak dancers in central avenues of the capital of the isthmus and throughout the Canal nation.

But other times these days of revelry have also been canceled, either for health reasons or political crisis, historians say.

The first carnival in that country was officially celebrated in 1910, regulated by the then president, Carlos A. Mendoza, although some texts attribute it to a decree of the city mayor Jose Agustin Arango.

Those festivities were held at the National Theater, in the Casco Antiguo, and later, in 1940, they were moved to the Juan Demostenes Arosemena stadium.

The US military invasion of Panama on December 20, 1989, which sowed death and chaos in poor neighborhoods such as El Chorrillo, meant that the longed-for celebrations did not take place until 1991.

In 2000, an outbreak of hantavirus in the provinces of Los Santos and Herrera also forced the declaration of a state of health emergency in those territories and the suspension of the carnivals there.

As in 2021, the current calendar pandemic deprived Panamanians of their favorite gathering, in the midst of a fourth wave of the disease, caused by the omicron variant of the SARS-CoV-2 coronavirus.

The executive decree established prohibitions to avoid crowds at public festivities, dances, promenades, fairs and “cantaderas” in bars and restaurants.

Panamanians had to make do with going to the beaches or traveling as tourists throughout the country.

The multitudinous burial of the sardine, a custom of more than 120 years that marks the end of the festivities; or Ash Wednesday, which gathers religious people in their temples to confess sins, will have to wait until 2023