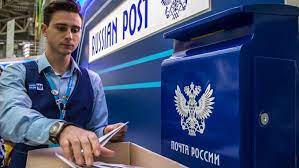 Moscow, Mar 14 (Prensa Latina) Russian Post informed on Monday in a communiqué that it has suspended international shipments to Cuba, due to the impossibility of carrying them out, TASS news agency reported. In late February, Russia closed its airspace to 36 countries in response to a similar measure applied to its aircraft in the area of the European Union and others such as the United States and Canada, thus limiting travels.

In addition, the Russian Federal Air Transport Agency (Rosaviatsiya) recommended domestic airlines to significantly limit flights abroad due to a “high risk of detention or seizure of aircraft of Russian companies abroad.”

Following this instruction, Russian airlines such as Aeroflot, S7 and Pobeda, suspended most of their international services to the West.

Moscow approved a set of economic and financial measures to deal with more than 2,800 foreign punitive measures applied against the country since February, especially after the beginning of the military operation in Ukraine on February 24.

The restrictions included the partial disconnection of Russian banks from the Swift international payment system, the closure of airspace for its airlines, the standstill of the Russian Central Bank’s international reserves and the embargo on oil purchases by Washington.