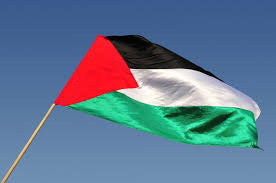 During a raid on the Balata refugee camp, in the north of the West Bank, Israeli soldiers killed Nader Haitham Rayan, 17, who received multiple gunshot wounds to the head, chest, abdomen and one hand.

The Ministry of Health issued a statement reporting that during the disturbances caused by the entry of the soldiers, two other people were wounded by firearms and a third received burns caused by stun grenades.

Shortly after, Alaa Shaham, 20, was shot dead by Israeli soldiers in the Qalandia refugee camp, north of Jerusalem, in an operation that also wounded six citizens.

This morning Israeli police officers shot Sanad Salem al-Harbar, 27, allegedly when he opened fire on soldiers conducting an operation in the Bedouin town of Rahat, in the Negev desert, located in southern Israel.

The Popular Front for the Liberation of Palestine condemned the latest actions of Tel Aviv and called to continue the fight against the Israeli forces. Ahmad Al-Mudallal, leader of the Islamic Jihad, spoke in a similar vein, calling for “directing our weapons towards the occupation.”

Tensions have escalated in recent months in that region due to the systematic dismantling of Bedouin villages, the plans of the Israeli government to expand colonization and the decision of a Zionist group to plant trees on land that the clans consider theirs.

According to the Israeli NGO B’Tselem, Tel Aviv forces killed 313 Palestinians in 2021, including 71 minors, the highest number since 2014.