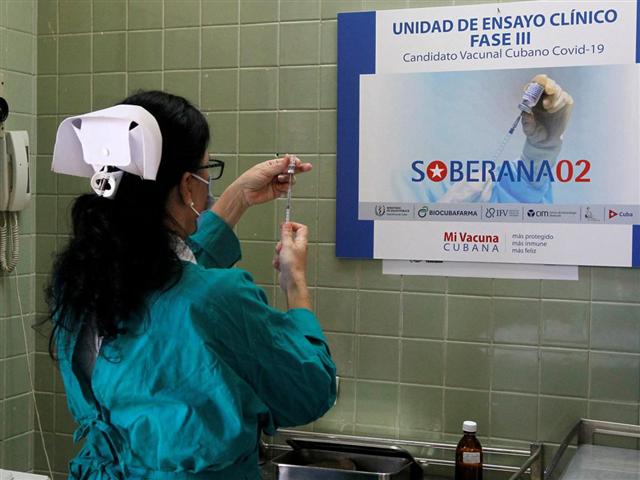 The article, whose title is Big Pharma vs. Little Cuba: Why Cubans trust vaccines and how they’re helping vaccinate the world, recognizes Cuba as one of the best protected countries in the world against SARS-CoV-2 despite the obstacles derived from Washington’s blockade.

The adverse effects of said policy, present even during the pandemic, hinders the export of vaccines from Cuba and seeks to frustrate the imports of immunizers, the article abounded.

Nonprofit and universal, public health there incorporates standardized and robust vaccination schedules that have been the norm for decades. Many drugs and vaccines are created by publicly funded national laboratories, the source said.

This small nation blocked a peak of the Omicron variant through its products and social hygiene measures, the publication extolled.

According to the text, written by Jennifer Hosek, a professor at the Canadian University of Queen, in the city of Ontario, the widespread popular confidence in vaccines is based on the experience lived by citizens.

Since the 1960s, Cubans have followed a robust immunization schedule started in childhood, with subsequent experience of protection against contagious diseases, she revealed.

Cuba’s inhabitants have personal experiences with infectious diseases, such as meningitis (against which a vaccine was developed) and dengue, for which public health measures have been implemented, she highlighted.

Hosek, who based her conclusions on questions asked of Cubans residing in the national territory, also praised the communication tools deployed to educate the population on health matters.

The messages about the benefits of vaccination and other public health practices for individual and social good are clear and constant, the text argued.

She reviewed how Cuba began vaccinating children as young as two years old, much earlier than most other countries, and even richer ones, and highlighted its efforts to carry out phase 2 clinical trials with infants under that age.

Cuba is not putting its little ones at risk, she estimated, it is using proven research (platforms previously used in other vaccines) to ensure that everyone is protected as quickly and safely as possible.

The country, she stated, continues working to stop the pandemic, exporting vaccines and transferring production technology to countries such as Argentina, Bolivia, Iran, Mexico, Nicaragua, Syria, Venezuela and Vietnam.