Cuba highlights achievements in human rights despite US blockade 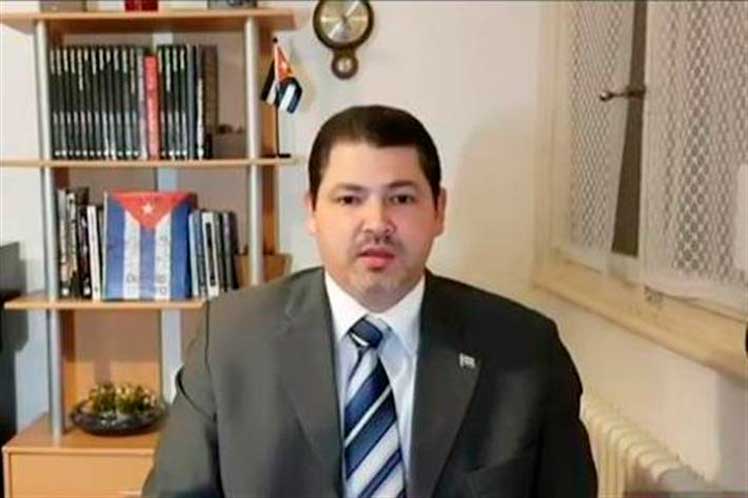 Cuba highlights achievements in human rights despite US blockade

Speaking at the resumption of the debates at the 49th session of the Geneva-based body, the diplomat explained that neither Washington’s blockade nor the political-media campaigns promoted from abroad have prevented Cuba from continuing being an example and advancing in the promotion and protection of human rights.

“My country is the first in the world to immunize its entire population between 2 and 18 years of age against Covid-19 with its homegrown vaccines. At the same time, we have supported other countries with our doctors and our vaccines, and we continue developing cooperation in this area,” he stressed.

According to Quintanilla, human rights are defended with deeds, not with words.

Commitment at the discursive level is not enough. The alleged promoters of individual liberties are those who impose criminal economic wars, he warned.

In this regard, he charged that Cuba has been a victim of the US blockade for more than 60 years, a policy opportunistically intensified in times of the Covid-19 pandemic.

Likewise, he recalled that with the criminal blockade, the longest in history imposed on any nation, Washington ignores the majority demand of the international community to end it, expressed constantly in the last three decades at the UN General Assembly and other forums and multilateral spaces.

The Cuban ambassador pointed out at the Council that the promotion and protection of all human rights must be a priority for the States, taking into account the current international situation, in which social inequalities have worsened and the disastrous consequences of the unjust international order imposed on the world have been exposed.

Similarly, he called for solidarity without exclusions and the end of coercive measures, threats, manipulation and unilateral certification lists and the use of the human rights issue as a political weapon.

“We reiterate the urgency of preventing the human rights system from continuing falling into an insurmountable crisis of legitimacy and credibility. The realization of all human rights for all will only be possible with genuine efforts, dialogue and cooperation,” he stated.