Head of the Cuban Women Federation at UN with intense agenda 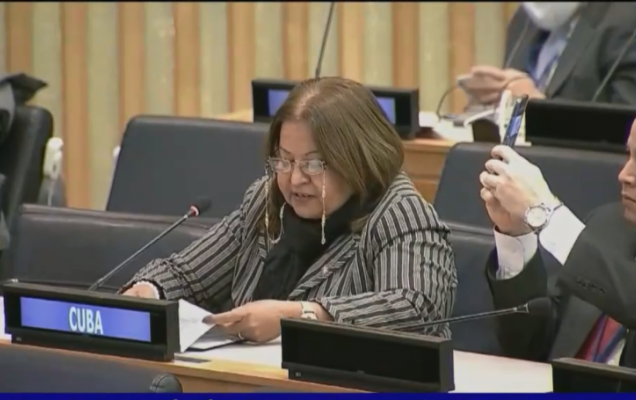 Head of the Cuban Women Federation at UN with intense agenda

This Wednesday, she met with Iranian Vice President for Women and Family Affairs, Ensieh Khazali, and expressed gratitude for the help provided to the island in the production of vaccines against Covid-19.

She also had a meeting with the Minister for Women, Youth and Persons with Disabilities of South Africa, Maite Nkoana-Mashabane.

Amarelle highlighted how that African country supports Cuba in its claim for the lifting of the economic, commercial and financial blockade imposed by the United States.

Likewise, the president of the FMC had a fruitful exchange with the Undersecretary for Multilateral Affairs and Human Rights of Mexico, Martha Delgado Trujillo.

The day before, Amarelle met with the president of the Pakistan Women’s Commission, Khawar Mumtaz, in the framework of the 66th session of the Commission on the Status of Women, which runs from 14 to 25 March at the UN.

Likewise, she spoke with the Secretary of State for Equality and Inclusion of East Timor, José Da Fonseca Monteiro.

This period is celebrated under the theme: “Achieving gender equality and the empowerment of all women and girls in the context of climate change, environment and disaster risk reduction policies and programs”.

In addition, she proposes to review the issue of women’s economic empowerment in the changing world of work.