Russia to submit draft resolution on Ukraine to UN 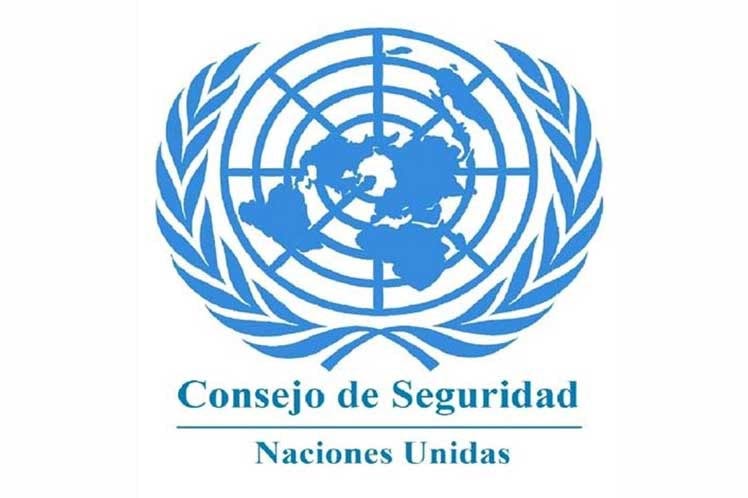 Russia to submit draft resolution on Ukraine to UN

Moscow’s permanent representative to the United Nations, Vasili Nebenzia, told the press that this document will contain clear humanitarian provisions, such as a call for a negotiated ceasefire, the evacuation of civilians and respect for international humanitarian law.

It will also include condemnation of attacks on civilians and their infrastructure, the need to ensure safe passage for Ukrainians and unhindered humanitarian access.

The Russian diplomat considered that a ceasefire in Ukraine will be possible when Moscow’s demands are met, including the demilitarization and denazification of that country.

He also insisted on the threat posed to the security of Russia and the entire region by a possible inclusion of Ukraine in the North Atlantic Treaty Organization.

Regarding the previous draft resolution related to Ukraine that was vetoed by the Moscow delegation in the Security Council, he pointed out that it contained paragraphs that were not related to the humanitarian issue, which he could not accept.

From the beginning, we pointed out that we were ready to adopt a humanitarian resolution on the situation in Ukraine, “as long as it was not a pretext to blame Russia,” Nebenzia stressed.

Likewise, he considered that the high UN authorities are being biased in addressing the conflict in Ukraine.

Nothing was said here about a missile launched Monday by Ukrainian forces on the separatist region of Donetsk, which left several dead, he lamented.

According to the Russian Ministry of Defense, its military operations in Ukraine are not directed against civilian installations, but rather seek to disable the military infrastructure.

Russia launched on February 24 what President Vladimir Putin described as a special military operation in the Ukrainian autonomous region of Donbass, after the authorities of the self-proclaimed people’s republics of Donetsk and Lugansk asked for help to repel the aggression of nationalist forces. .

Putin points out that the end of this military operation is only possible if kyiv ceases hostilities and meets Moscow’s demands, which for years has denounced how the Ukrainian government fails to comply with the Minsk Agreements focused on ending the conflict in Donbass.

Meanwhile, Western powers in the UN Security Council blame Russia as responsible for the current conflict in Ukraine and promote numerous sanctions and punishments against Moscow.