Sixth caravan against US blockade against Cuba convened in Panama 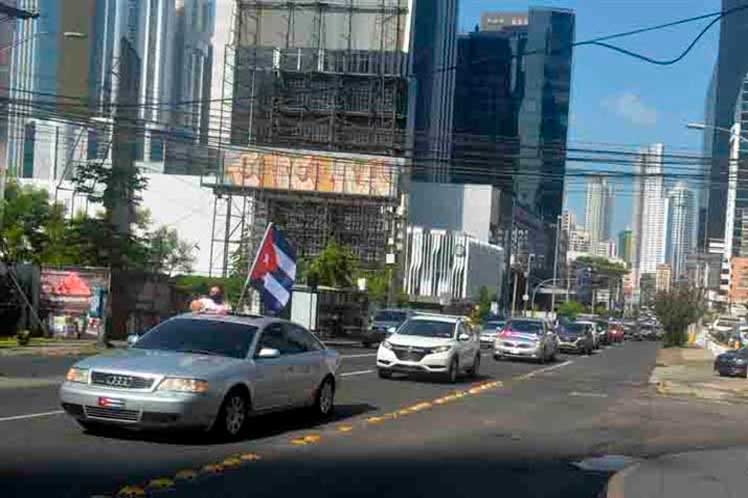 Sixth caravan against US blockade against Cuba convened in Panama

AMCRP President Humberto Perez told Prensa Latina that next Sunday, March 27, the tour will depart from the historic University of Panama and will include important streets of this capital to reject Washington’s inhumane and hostile policy for more than six decades.

In its sixth version, the caravan will conclude in the central Belisario Porras Park, near the Cuban Embassy in Panama, where participants will honor National Hero Jose Marti and General Antonio Maceo, whose busts exalt the town.

Those attending the demonstration will also exchange impressions about this and other actions against Washington’s blockade at a meeting at the Cuba-Panama House of Culture, La Vitrina, very close to the final destination of the journey.

Five similar tours have previously been held in Panama with the participation not only of Cuban residents, but also of Panamanian, Nicaraguan and Salvadoran friends.

Caravans against the blockade and other initiatives have multiplied around the world, Cuban-American activist Carlos Lazo, director and founder of Bridges of Love, told Prensa Latina here.

The streets of US cities like Miami, New York and Seattle, as well as in Canada (Ottawa and Toronto), and Tunisia, Angola, Jamaica, Bahamas, Nicaragua and the United Kingdom, among others, have been the scenario of these mass rallies to demand that Washington lift the unilateral coercive measures against Cuba.

In the midst of the Covid-19 pandemic, Washington intensified the economic, commercial and financial blockade in an opportunistic and unprecedented manner, as the Cuban government has repeatedly denounced.

During the Donald Trump administration (2017-2021), the White House enforced more than 240 unilateral coercive measures against Cuba. To date, the Joe Biden Government has enforced the same policy.