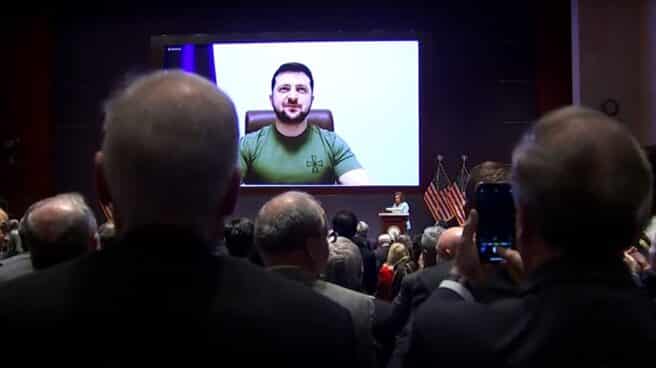 According to Zelensky, with his request “he was not asking too much, it would be to protect Ukrainians”, while he also demanded that the United States provide fighter jets.

You know how much depends on the battlefield, on the ability to use planes, powerful and strong aviation to protect our people, our freedom, our land, planes that can help Ukraine, help Europe, Zelensky noted.

Immediately afterwards, in Geneva, NATO Secretary General Jens Stoltenberg reiterated the alliance’s refusal to take such a step, as it would amount to going to war against Russia, he said.

For Stoltenberg, NATO has a responsibility to prevent an extension of the war beyond Ukraine. The conflict will have “lasting” consequences for the security of the allies, he admitted.

This is why we are increasing military presence in the eastern part of the Atlantic alliance, he declared during the meeting of NATO defense ministers, whose advance east is seen as a threat to Russia.

For his part, Russian Foreign Minister Sergey Lavrov stated that the responses of the North Atlantic bloc to Zelensky’s claims to close the airspace represent a brake on his wishes.

Lavrov recalled that a few weeks ago the Ukrainian president referred to the need for NATO to close the sky, start fighting for Ukraine, recruit mercenaries and send them to the front.

The Russian head recalled that Zelensky’s reaction at that time was quite aggressive, however, he clarified that his call did not have the expected effect in the Western militarist bloc, where, he added, sensible people work who could cool the president’s ukrainian ardour for war.