Call in Cuba to give their opinion on new legislative projects 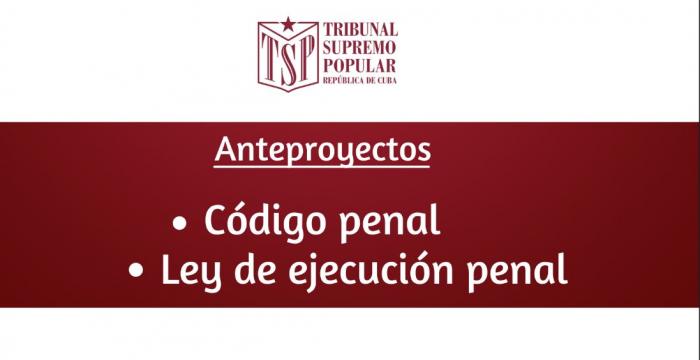 Call in Cuba to give their opinion on new legislative projects

This is intended to further promote the participation of citizens in the legislative process in the country and contribute to raising their legal culture.

Both normative proposals were recently presented by the President of the Parliament, Esteban Lazo, as a legislative initiative of the Governing Council of the Supreme People’s Court (TSP).

The one regarding the Criminal Code Law responds to the need for updated legislation that includes crimes not regulated before, such as those related to the environment and cybersecurity.

It also ensures the expansion of the rights and guarantees of individuals, according to constitutional principles, and weighs the decriminalization of certain figures, as well as the incorporation of sanctions that do not involve internment.

The draft Penal Execution Law, meanwhile, would solve the legislative dispersion in this matter and stimulates the application of conciliatory methods, for the sake of greater harmony in the solution of conflicts, according to Granma.

Cuban authorities insist on expanding democracy through popular participation in the management of government, as is currently the case with the consultation of citizens on the Family Code.

This is considered a legislative project of primary importance, for whose final drafting the proposals of the voters will be taken into account in thousands of meetings, and will be taken to a referendum for its final approval.