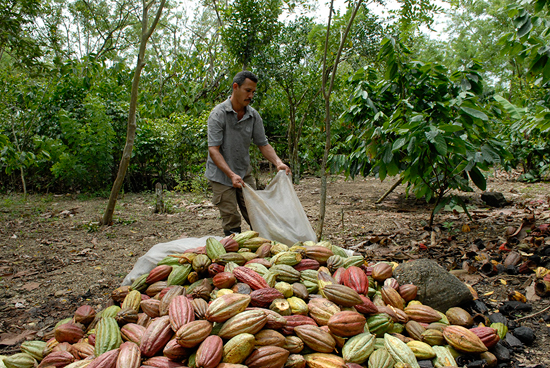 With 712 workers, this enterprise, under the trade name of Aromas, planted 365 hectares (ha) of cocoa, 15 more than planned, its chief expert Juan Romeo Matos told the Cuban News Agency.

In addition, they exceeded the plans for pruning, weeding, shade regulation and other agro-technical measures, including replanting and the production of seedlings. On the other hand, harvesting was only 82 percent complete.

Nevertheless, Romeo said, 554 tons of the acorn from which the delicious chocolate and other valuable by-products, such as cocoa butter, are obtained, were exported.

“That figure had not been equaled for more than five years, as well as the sale of raw material to the industry, inaugurated in April 1963 by the then-Minister of Industries, Commander Ernesto Che Guevara, and recently modernized,” he recalled.

Romeo Matos highlighted the work of the nearly 300 women employees in the company, especially in the cocoa nurseries, where expertise, technique and delicacy must go hand in hand.

There they produce the seedlings for micro-grafts of this plant of the sterculiaceae family, which are intended to supply the new cocoa factory, designed to process three times more acorns than its predecessor, inaugurated in 1963, he said.