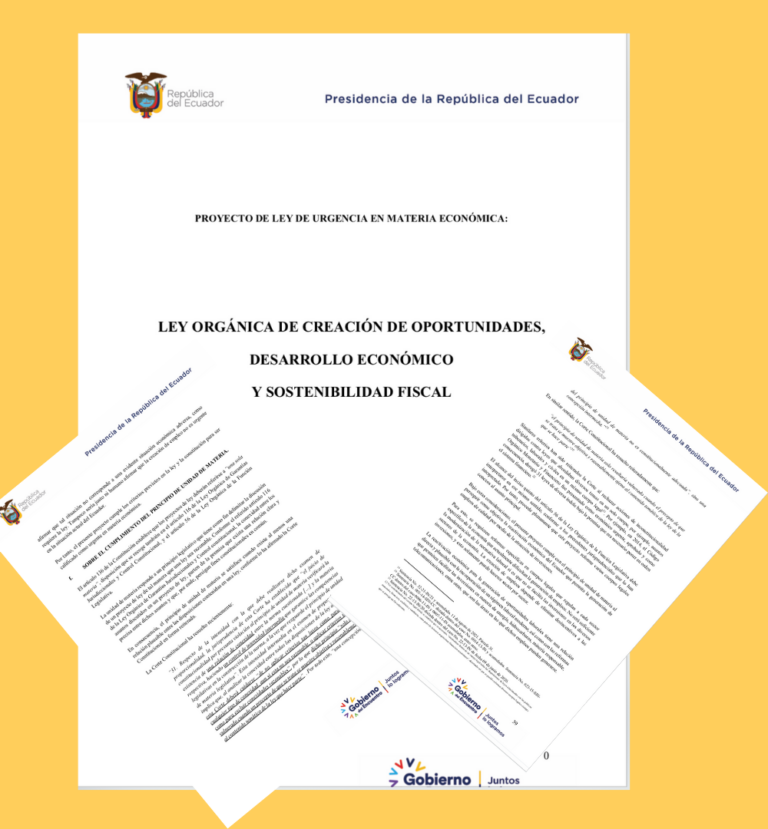 This day’s meetings will be the first of a series of meetings planned by the national administration with representatives of different sectors.

The presidential advisor, Diego Ordóñez, assured that the regulation does not reform the Labor Code, but establishes parameters for new contracts.

Official data show that in Ecuador 34% of the population has an adequate job with an average income of US$769 and 66% lack formal jobs. Those who work informally are paid less than the basic unified salary (US$450) and receive around US$261.

The socialization process will take place five months after the National Assembly (Parliament) returned the legal project to the Executive for not complying with the Constitution.

After an exhaustive analysis, last September 29, the Legislative Administration Council considered that the text presented by the government lacked unity of subject matter, since it referred to labor, social security, tax and financial, energy, mining and land use, among others.

According to analysts and some social sectors, the document violates the rights of the Ecuadorian population and especially of workers.

For its part, the executive affirms that the observations made were attended to and the errors corrected.

It also insists that it is open to accept proposals from all sectors of Ecuadorian society.

“If the dialogue mechanisms fail, if there is no possibility of reaching an understanding, then we will have to go before the unemployed so that they tell us, by means of a popular consultation, if they want this Law to go into effect”, Ordóñez advanced.