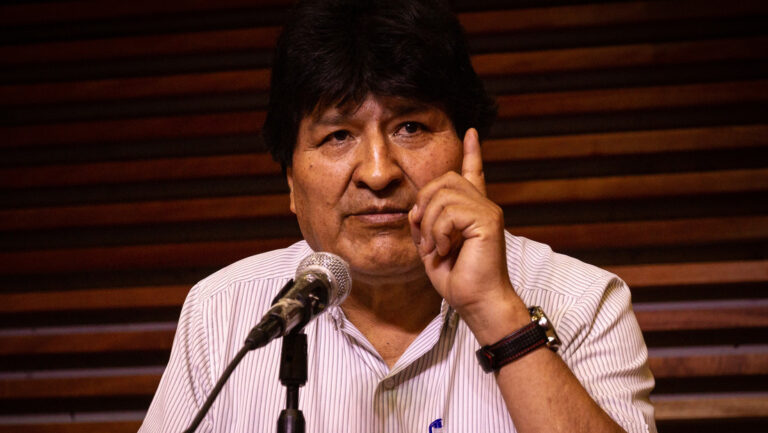 “Biden, president of the country that has brought about more wars and deaths in the world, a former senator who, in 2003, promoted the invasion of Iraq, which killed hundreds of thousands people, is calling President (Vladimir) Putin a “war criminal.” The only war crimes are provoked by the White House,” he wrote on Twitter.

In another tweet on Thursday, Morales said, “In order to approve a larger shipment of weapons and budget to #Ukraine, the #US Congress suspended an urgent fund for Americans fighting Covid-19.”

“The US is more interested in its arms and expansionist race with #NATO than in world peace and its people’s health,” the leader of the Movement Towards Socialism-Political Instrument for the Sovereignty of the Peoples added.

On Wednesday, the former leader deplored the US shipment of weapons to Ukraine and denounced Washington as the worst enemy of dialogue and peace between Moscow and Kiev.

“#USA confirms today that it will increase the shipment of weapons to Ukraine by 800 million dollars. A few days ago, your Congress passed an expenditure bill of 13.6 billion dollars to support Zelensky.

The worst enemy of dialogue and the search for peace between #Russia and #Ukraine is the US,” Morales warned in another tweet.

Since the beginning of the military operation, which, according to Russian authorities, aims to demilitarize and denazify Ukraine, Morales has denounced Washington’s role as an instigator of a conflict between the two former Soviet nations.