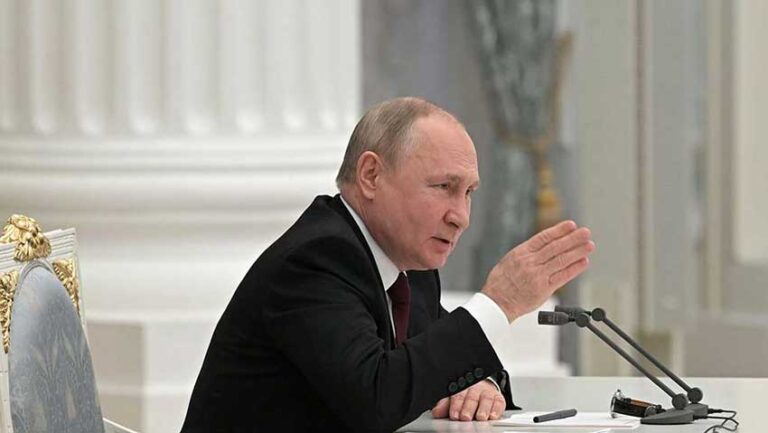 In a video conference on the socioeconomic development of the Republic of Crimea and the city of Sevastopol, the president referred to the impact of sanctions on the development of these territories, in the banking and trade sectors and in the supply of goods.

He commented that the beginning of the military operation in Ukraine on February 24 was accompanied by a new package of all kinds of measures against Russia, the official Kremlin website reported.

As part of the new opportunities, Putin noted that conditions exist for large Russian business structures, which previously feared restrictions, to start working in this region, “because now they have nothing to fear.”

According to the head of State, these large companies, including banks, can safely settle on the peninsula and actively work in the region.

As an example, he mentioned the case of Promsviazbank, one of the country’s leading banks with 100-percent state participation, which is already present in the region. The institution should start working in Crimea as quickly as possible, he noted.

“We need to introduce promising products, lend to agriculture, construction, tourism and other key industries in the region. To open offices and branches here, develop the retail essence,” he said.

In his opinion, the implementation of such measures will be a serious stimulus to increase business activity in Crimea and expand cooperation with partners from other Russian regions.

Russian authorities approved a set of economic and financial provisions to cope with the measures applied against the country after the beginning of Russia’s military operation in Ukraine on February 24.

The United States, the United Kingdom, Canada, Japan and the countries of the European Union have imposed more than 2,800 new sanctions on Russia, targeting key sectors of trade, finance, energy, exports, aviation and space.