US President trying to prolong conflict in Ukraine 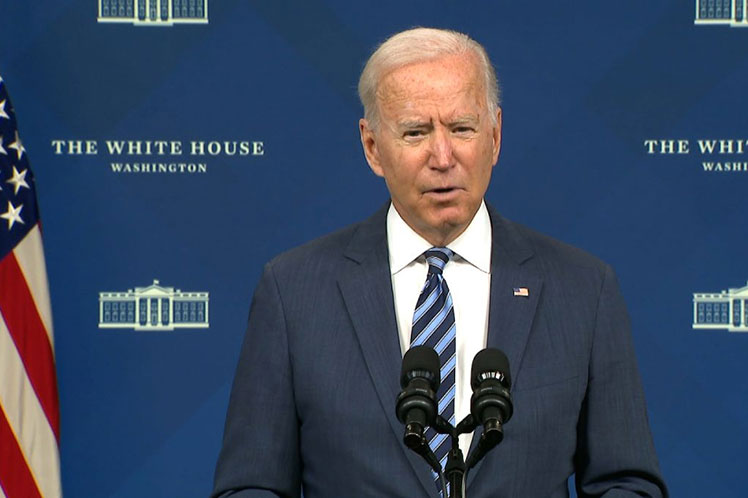 US President trying to prolong conflict in Ukraine

The president is clinging to the eventual boost of the image of a “great leader” built by the Western media machine, which since the end of 2021 has fueled the dispute with Moscow, providing his “flagging popularity”, journalist Angel Guerra considered.

In an article amplified this Thursday on the Rebelion website and the Mexican newspaper La Jornada, the author warns this interest in prolonging the war is also shared by many legislators, Republicans and Democrats, beneficiaries of funds from arms companies.

In addition, he points out that American politicians are often shareholders of the big media, whose “Russophobic and warmongering hysteria” is unprecedented in recent decades.

For its geostrategic interests, it is convenient for the United States to prolong hostilities in the Slavic country and thus consolidate the embarrassing political subordination of Europe, which this war has taken to unimaginable extremes, assured the author.

In his comment entitled “Biden seeks to prolong the war”, the journalist affirms that weakening Russia and, consequently, China, and perpetuating Europe as a political unit tied to NATO are fundamental strategic objectives of the US government with this conflict.

What, if not, is sought with the torrent of weapons that flows uncontrollably towards Ukraine, the almost daily rounds of illegal sanctions on Moscow and the ferocious media lynching, in particular of President Vladimir Putin, but also of everything Russian? War asks.

For him, the Ukrainian president, Vladimir Zelensky, is a puppet subject to pressure from Washington and the neo-Nazi groups existing in his country, no matter how hard they try to sell him as a “great hero of the homeland.”

The analyst cites retired US Army Colonel Douglas Macgregor, who says Biden does not support a ceasefire because it would expose him to a vicious attack by lawmakers from both parties.

According to Guerra, given the attitude of the occupant of the Oval Office to continue adding fuel to the fire in Ukraine, the remaining margin to find the desired negotiated solution to this war is very narrow.

Regarding the resolution approved in the UN General Assembly with more than 20 abstentions, the journalist describes it as “biased”, “unbalanced” and “Yankee-made”. Instead of creating a climate favorable to peace, he favors “war hysteria”.