Epidemiologist exalts Cuba’s feat in the confrontation with Covid-19 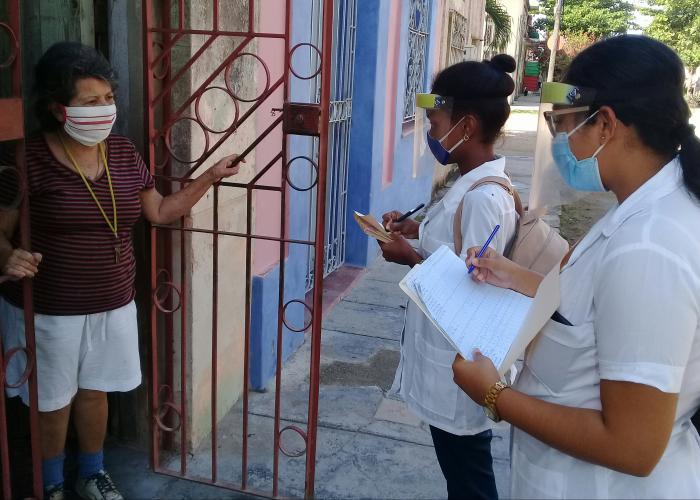 Epidemiologist exalts Cuba’s feat in the confrontation with Covid-19

When the daily numbers of positive cases tend to decrease and mortality has been significantly reduced in the country, the reports still indicate some instability, as does the last report of the Ministry of Public Health, which reports more than 742 infections.

In keeping with this circumstance, there were 68 patients registered in the Santiago demarcation, which show a rise, for which the renowned epidemiologist urged to maintain discipline and compliance with health restrictions, which will reinforce the benefit of vaccines.

Valdés pointed out that in this eastern territory there were four epidemiological waves, from the first 40 days when there were only 49 infected people and later followed by almost six months without incidents, moving to the other three stages with very complicated behaviors.

The expert emphasized the beneficial effect of vaccination, in a national process that began precisely in this city with the clinical trials of the then Abdala vaccine candidate.

The pioneering contribution of workers of the Oriente Pharmaceutical Laboratories, who were the first to receive the antigen in that experimental period, was praised by the specialist.

The comparison between the first five municipalities that received their doses and the four that received them later, left no doubt regarding the efficacy of this preparation, which came from the laboratories of the Center for Genetic Engineering and Biotechnology.

He listed the hundreds of thousands of people admitted to Cuban hospitals, with a dynamic to pick up and return to their homes in medical transport and praised there were no outbreaks in the nation’s schools.

He also referred to the difficult economic situations in which this strategy of confrontation took place, which involved considerable material resources, among which he mentioned the polymerase chain reaction (PCR) tests, which are expensive in the world and carried out free of charge in Cuba.

With pain he referred to the losses of close and dear people, among whom he included Dr. Héctor Terry, an eminent Cuban epidemiologist who was his professor and was one of the victims of the pandemic.